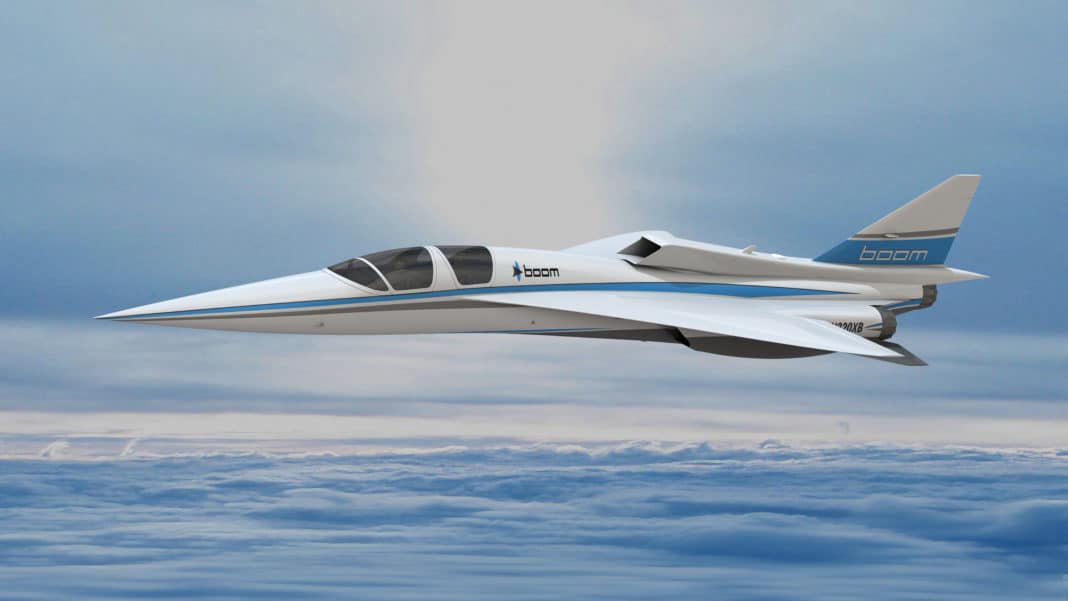 Imagine a world in which you can have breakfast in London, stop by New York for lunch, and arrive in Los Angeles in time for dinner. Sound like a delicious fantasy? Well, this scenario is a whole lot closer to reality thanks to a newly unveiled superjet.

Real-life Tony Stark, Richard Branson, and company Boom Supersonic just presented a jet prototype that can do just that. The aircraft, called the XB-1, and it’s technology are on track to revolutionize the way people travel around the world. The aircraft can reach speeds of Mach 2.2 or 1,451 mph. For reference, this is nearly three times faster than today’s 500 mph commercial jets.

Super fast passenger jets aren’t exactly new, but the XB-1 is a vast improvement over old designs. Back in the 70s, the Concord began running flights with similar travel time. Unfortunately, those planes were expensive to upkeep, loud, and too fuel-inefficient. Not to mention, each ticket came with an insane $20,000 price tag… In 1970’s money.

But with Boom’s new design, you won’t need to spend a big portion of your yearly income on a flight. The company researched new materials and technology to keep the craft light and fuel-efficient. And although traveling at over twice the speed of sound, the XB-1 completely avoids the thunderous sonic boom. All this translates into much cheaper airfares and a more comfortable experience, overall.

Tickets are projected to cost about $5000 dollars, once the plane is open to the public. This is a huge improvement over past fares and is comparable to business-class ticket prices on current planes. And due to the plane’s sleek body, only 45 passengers can fit on a flight. Faster travel and less congestion is just part of Boom Supersonic’s mission. While reshaping the planes, they aim to redesign the experience as well, to make flights as stress-free as possible.

Unfortunately, this prototype is not ready to fly passengers around the world yet. The XB-1 begins flights from London to NY and LA to Tokyo by 2023.

Related Article: How to Get from Mykonos to Santorini