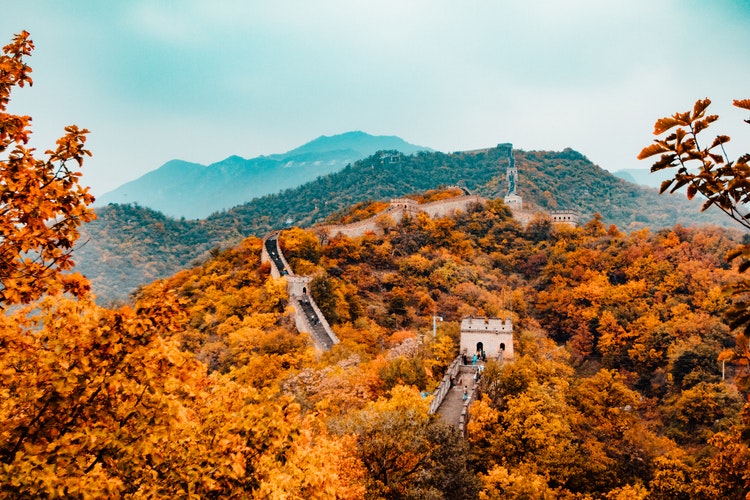 2019 is the Chinese Year of the Pig. Learn more about the country with these interesting facts about China.

Let’s make this a fun challenge. At the end of the article, write down how many of these interesting facts about China you knew before reading this. Let us know in the comment section below. Join in the celebrations by learning about the rich history, culture, and celebrations of this country from ancient times to modern day. Are you ready? Let’s go.

Here Are Our Picks for Fun and Interesting Facts about China 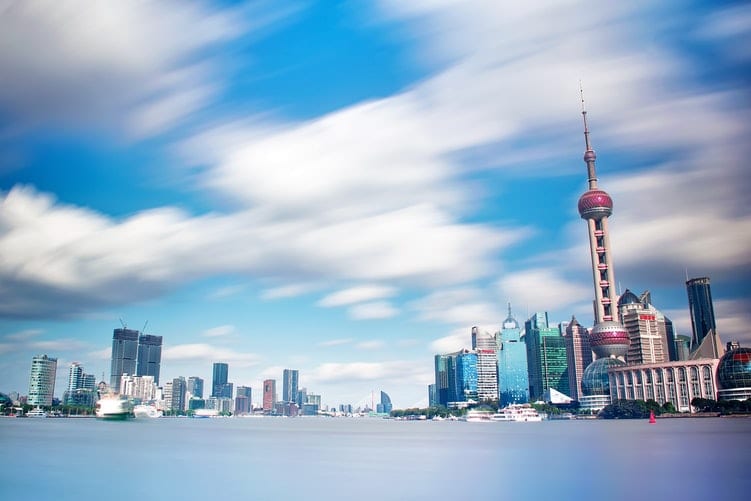 1. China is the world’s most populated country. Did you know that some 1.4 billion people live here? With a population of 1.3 billion people, India is not far behind. In fact, it is projected to surpass China’s populations in just a few years.

2. One of the most interesting facts about China is their social credit scoring system in progress. Have you heard about it? This national reputation system is currently in the developmental stages and is projected to be fully implemented by the year 2020. In just one year,  it will standardize the assessment of each citizens’ economic and social reputation or ‘credit.’

Based upon their credit score, citizens will either be rewarded or punished. As of now, the system has been gradually implemented in small scale steps. Some of the credit scoring systems are run by city councils whereas others are scored by private tech platforms that hold and accumulate personal data. It has already piloted for millions of people across the country.

Similarly to private credit scores, your social credit score can fluctuate up or down depending on personal behavior. While the exact methodology for its calculation has yet to be revealed, examples of poor behavior which can result in infractions include the following: poor driving, smoking in non-smoking zones, purchasing too many video games, and posting false news online.

So what are the punishments? Limited travel is certainly one of the most severe. In March 2018 Business Insider reported that 9 million people had been blocked from purchasing tickets for domestic flights. According to Foreign Policy, these same social credit systems also monitor if people pay their bills on time. If not, they could be subject to throttled internet speeds. Other punishments include banning you or your children from the top schools, a ban from management jobs in banks or state-owned businesses, a ban from the best hotels, and more.

3. Here is another one of the most interesting facts about China. According to the World Economic League Table (Welt), China will become the world’s largest economy by 2032. The trade war with the U.S. has slowed the economy sharply, heavily impacting the Chinese manufacturing sector. This data is reflected in exports to China from its trading partners. In terms of nominal GDP, China is the second largest economy, following the U.S.

4. In 2020, there is estimated to be more than 30-40 million more Chinese men than women. Due to the one-child policy, this has been an issue for the last few decades. Since it is a very traditional country, it is more socially desirable to have male children than female. Although the one-child policy was changed to a two-child policy in October 2015, its effects are still tangible.

5. Facebook has been banned in China since 2009. The government controls internet content that it deems against the interest and welfare of the state. The 2009 riots in Xinjiang sparked the ban on this social media platform. It is widely believed that the government restricted its access because the riot was traced back to a social perpetuation in Beijing. Access has been restricted ever since.

6. One hundred million people live in China on less than $1 a day.

7. It is common knowledge about Chinese culture that elders are venerated. But are you familiar with the Elderly Rights Law? If you have parents over the age of 60, it is required by law that you visit them regularly. This is particularly interesting when contrasted with other cultures since it is common that children place their parents or grandparents in elderly homes or assisted living facilities.

8. The primary form of currency is the Renminbi. It is also used in Burma, Hong Kong, and Macau. In 2009, it was also used in North Korea.

9. While there are various dialects of the Chinese language, fundamentally it is composed of over 40,000 characters. By the time children reach the second grade, they are expected to know 2,000 of them. Each character is composed of specific strokes, instead of letters. Since there is no alphabet, you can’t just spell words out according to their sound or string words together. Learning Chinese words is all about memorization.

To give you an idea of the language, in order to read and write Chinese at an elementary level, you would need to know about 2,500 characters. Put these together and you will have a vocabulary of thousands of Chinese words. There’s also another complication about the language. The Chinese language is tonal.

This means that much in the same way you use tone for expression when speaking English, every word in Chinese has a specific tone that denotes its meaning. The same sound can be made in 5 different tones and have 5 different meanings.If your mind isn’t spinning already, there are also various dialects to consider. Mandarin Chinese is the most widely spoken. It is the official language of China, Taiwan, and Singapore. In Hong Kong and the Guangdong Province, the people speak Cantonese. In Shanghai, the primary language is Shanghainese. 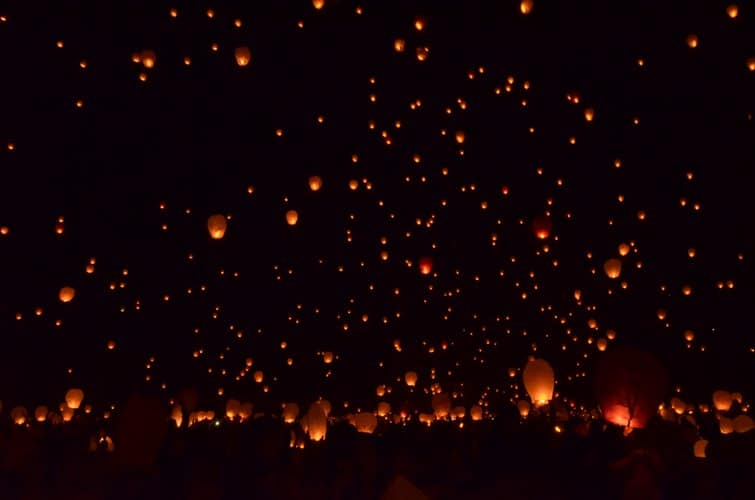 11. Each year, one of twelve animals is chosen to represent the new year.

12. Football (soccer) was first invented here some 2,200 years ago. The world’s first soccer ball was stuffed with feathers and hair. The game was called ‘Tsu Chu,’ which translates to mean ‘kicking ball.’

13. The country is deeply influenced by tenets of Confucianism. This system of ethical and philosophical teachings places a heavy emphasis on reverence for elders, rulers, family, and social harmony. Even after 2,500 years, this belief system is deeply ingrained into the social structure and pervades every aspect of interaction among people.

14.  China still holds fast to the concept of the “Middle Kingdom.” Did you know that the Chinese word for China, Zhongguo, can be translated to mean middle kingdom? This reflects the ancient Chinese belief that they are at the center of the world. Historically, this attitude led to a haughty refusal of foreign trade deals, defeats by Europeans, forced treaties, and eventually, the end of imperialism. Chinese history is a long and proud one.

15. The culture here highly emphasizes family. Marriage, family, and children are all held in high regard. Even after children get married, it is common their grandparents will live in their homes. Furthermore, children are expected to care for their parents after they are married and working.

16. Han comprises the majority of China’s ethnic groups (about 92%). There are 55 minority groups recognized by the government. Each of the minority groups has their own customs, dress, language, and more. Traveling to provinces such as Yunnan and Guangxi in southwestern China will give you great insight into these groups and their varying cultures. 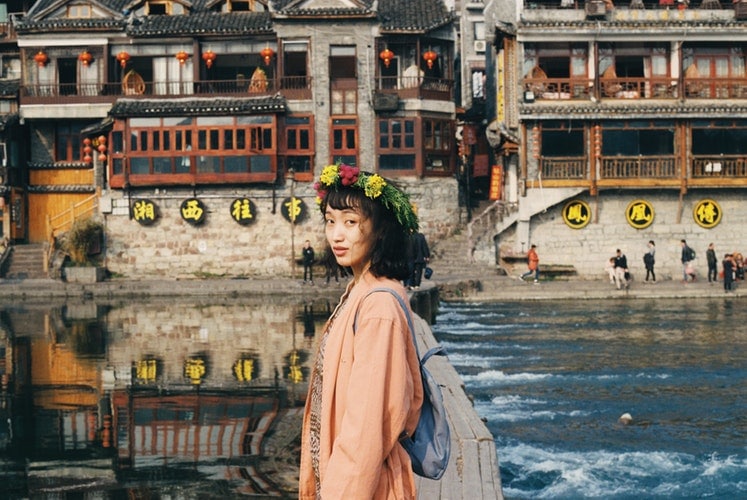 17. The world’s largest Starbucks store opened in Shanghai on December 5, 2017. This coffee wonderland spans 30,000 feet sitting in the middle of Nanjing Road, one of the world’s busiest shopping destinations. The opening brings to mind that China is the most critical global market for this giant company.

While there are more than 600 Starbucks locations in Shanghai already, this is just the beginning. The company is growing at a mind-boggling rate abroad. According to Forbes, a new store opens every fifteen hours in China. This means that within just seven years, China will surpass the U.S. for the record of the most Starbucks locations on the planet.

So why should you visit this location? If you’ve ever been to Seattle’s flagship location and thought it was large, guess again. This Shanghai store is more than twice the size of Seattle’s Reserve Roastery. Here, customers are treated to an exploration guide upon entering the store. Each of the four entrances has 550-pound wooden doors sculpted entirely out of roasted coffee beans. Being one foot thick, they are designed to recall the entryways to Chinese temples of old.

But that’s not all. Inside, you’ll find a 40-ton copper cask spanning the floor to ceiling of the building. Symphony pipes play an integral role; long coils of copper piping run the ceiling, carrying beans from the copper cask all the way to the bars where they’re ground into your hot cup of joe. They are called symphony pipes because of the sound they make as the beans travel through them.

18. China is home to the Tianjin Binhai Library. If you’ve added some books to your reading list this year, you might as well start adding libraries you would like to visit. This stunning work of modern architecture is home to 1.2 million books. This five-level 362,743 square foot building is certainly easy on the eyes. A spherical auditorium, it showcases floor to ceiling bookcases, terraced on top of one another and contouring around the center.

The center of the library is an auditorium and the steps leading up to it double as a place to stop and read. Inside, you will also find educational facilities, book storage, and a large archive. At the ground floor are children’s reading spaces as well as one for the elderly. The second two floors have books, reading rooms, and lounges. On the upper floors, you will find meeting rooms and offices as well as computer and audio rooms. When you’re ready to relax with a view, make your way up to the rooftop patios.

We’re fascinated by the inspiration for the Tianjin Binhai Library’s design. Its entire inspiration is based on the design to modernize and unify the city, bringing together elements of the old town and urban areas alike. As a part of the Tianjin Binhai cultural district, it introduces a world-class learning center to the city and public park nearby.

19. The most popular sport in China is ping pong.

20. One of the most revered art forms is calligraphy.

21. Tea is indicative of your social status in China.

23. Traditional festivals such as Spring Festival, Chinese New Year, and the Lantern Festival are integral to Chinese culture.

Alright, now that you know a bit about the culture, it’s time to book your trip and get packing. This country offers a great deal of history, culture, and diversity to the curious traveler. The land itself is as varied as the people, ranging from beautiful forests and sandy beaches to rainbow mountains and otherworldly landscapes. You’ll find the people warm, hospitable, and rightly proud of their home.Whether you are traveling for business or leisure, China is a beautiful and rich country well worth the visit. We highly recommend diving into Chinese culture to get the most out of your stay. Have you visited China before?

Related Article: These Chinese Mountains Look Like They’re From the Movie Avatar