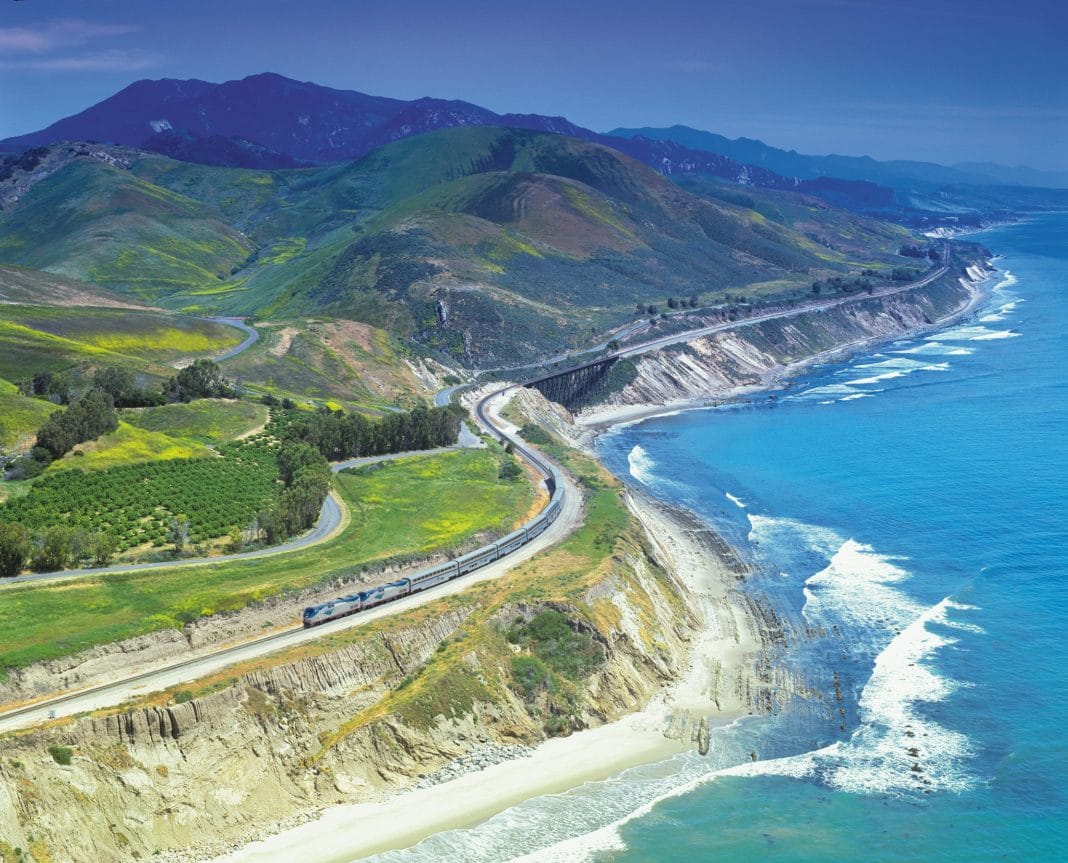 Amtrak’s Coast Starlight is now running a scenic train ride from Seattle to Los Angeles starting at one $97. This 35-hour journey winds down the Pacific coast along one of the most breathtaking routes in the world. While the journey isn’t lightning fast, if you have time to enjoy the ride, this one is for you.

The Coast Starlight offers a relaxing way to travel. Seating aboard the train is not nearly as cramped as an airline at a far cheaper rate. Also, since a crew of engineers is in the driver’s seat, there’s no need to focus on the highway like on a Pacific road trip.

The train runs along a nearly 1,100-mile odyssey through the cities and wilderness of the West Coast. If you’re interested in people watching, the path goes through several major cities. Beginning in Seattle, visit Portland, San Francisco, and Santa Barbara before ending your trip in LA. Of course, the best views come from the incredible landscapes in between the stretches of urban sprawl.

In general, train rides offer a much better (and closer) view of the country than those from an airplane window. And this train ride is no exception. The journey begins by twisting through the snow-capped Cascades and within full view of Oregon’s Mount Shasta. After moving to lower elevations, the path runs near redwood forests and through dense pristine forests of the Pacific Northwest. For miles, the tracks parallel the dramatic cliffs of the coast before weaving inland to the rolling hills of California.

This $97 rate is the standard fare, but if you want to upgrade your experience, there are some outstanding options. Bring a traveling companion and reserve a superliner roomette for this magical train ride. This arrangement comes with two opposing seats in a first-class car. The seats frame a large picturesque window, perfect for long conversations as you watch the countryside pass by. This cozy room comes with two fold-down beds for a comfortable night’s sleep on the move. Not only that, but guests are invited to an afternoon wine and cheese tasting in the luxury Pacific Parlor car!

While the Coast Starlight doesn’t provide the fastest trip down the coast, it does offer an all-but-forgotten way to see the country. See the Pacific Coast in class and comfort with all the amenities of a mobile hotel. These rates are still available through September for one last adventure to end the summer.