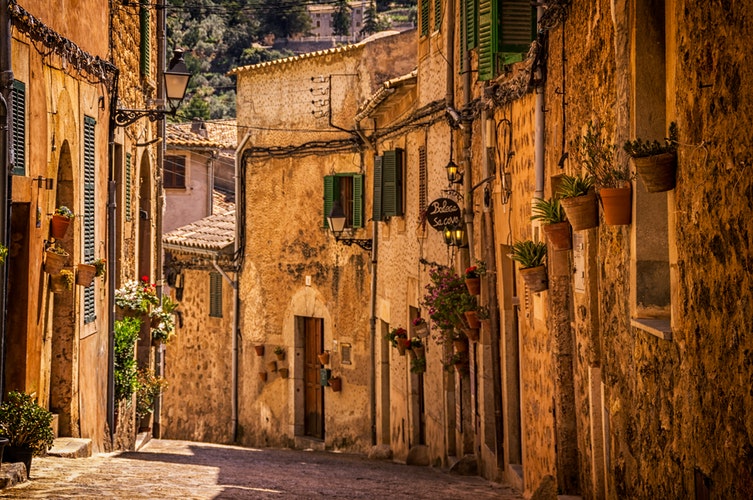 With grand coastlines, rich history, and vibrant culture, there is no shortage of marvelous things to do in Spain.

Whether you’re an avid world traveler or are getting ready to backpack Europe when you turn eighteen, there are so many things I’m sure you want to see. From the wonders of Machu Picchu to the Great Pyramids in Egypt, there are grand vistas awaiting you. So, if Spain has been on your bucket list, then this article of things to do in Spain is for you. Even if you ’re not ready to run with the bulls just yet, plenty of great adventures await. 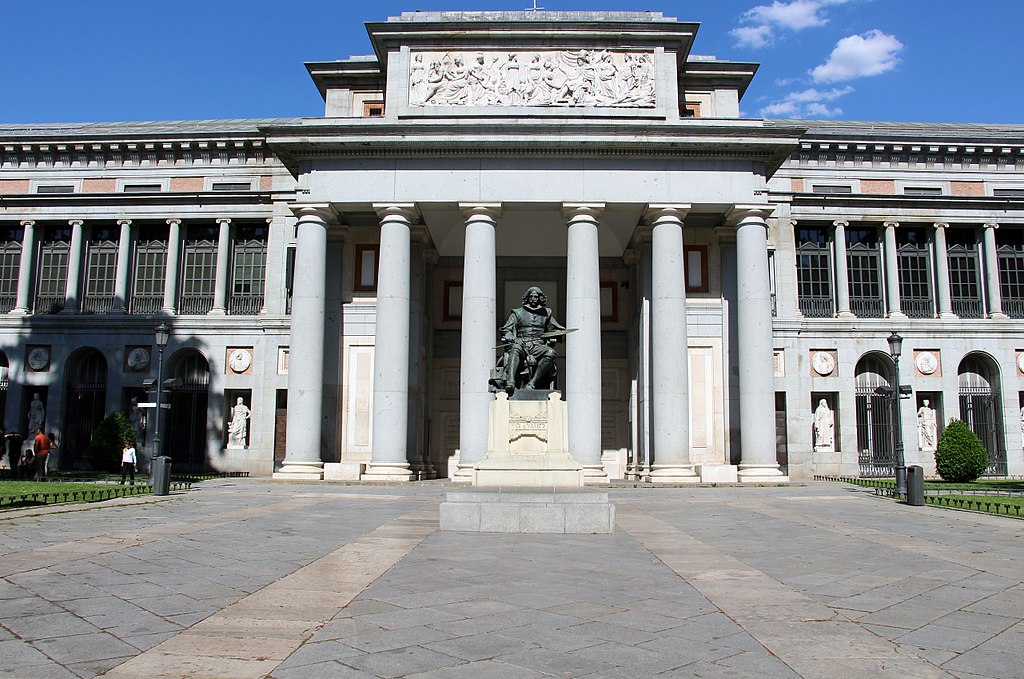 If you’re touring Spain, you might as well see the best collection of Spanish art. This can be found at the Prado National Museum in Madrid. Being one of the best things to do in Spain, this collection of European art spans from the 14th century until the present. Founded in 1819, the Prado is renowned for being one of the best-curated art collections in the world. Francisco Goya is the most prominent artists on display. Although, Hieronymus Bosch, Titian, El Greco, and Diego Velázquez all have quite a bit on display here as well. The most famous painting on display that you won’t want to miss is the Las Meninas by Velázquez. So, enjoy the vast display of gorgeous and thought-provoking European art at the Prado National Museum while you’re in Madrid.

2. Surf the Waves at Mundaka Beach 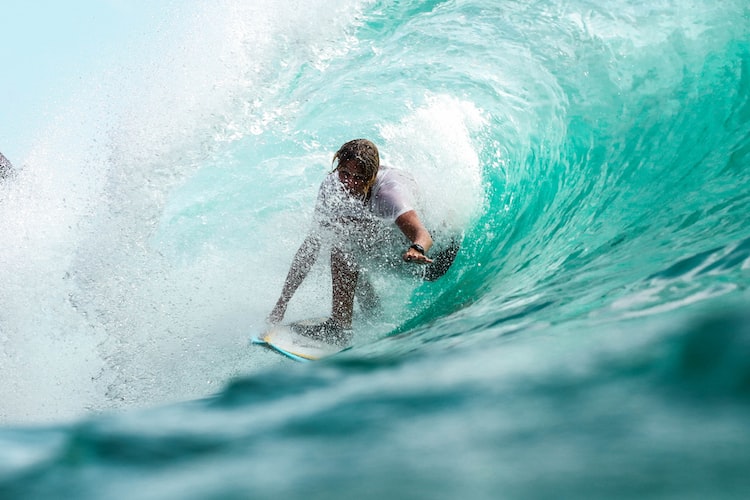 Nestled just off the coast of northern Spain is a marvelous beach with absolutely brilliant surfing. Known as one of the best beaches in Spain, the infamous left-hand surf wave here is amazing. Reaching up to fifteen feet high, if you’re able to, this wave will fully curl over you as you race through the ravenous tunnel. I hope you have some surfing stamina, though, because this wave can carry you up to 1300 feet back to shore. If you do choose this as one of your things to do in Spain, just know that surfers will be everywhere. Check ahead of time as well in case there are any surf competitions going on that you’d like to watch!

3. Explore the Intersection of Christianity and Islam in Córdoba As one of the most picturesque models of Moorish architecture, a certain building has been pulled back and forth between the two religions for hundreds of years. The Great Mosque of Córdoba is also known as the Cathedral of Our Lady of the Assumption. A small church and basilica were originally on the site in the 600s, but it was split into Christian and Muslim halves in the 710s. From 784 until 1236, it was used and added to solely as a mosque.

This exchange of ownership lives on to this day through many of the tapestries and designs, even though it is now a fully Catholic church. To this day, Muslims are still petitioning the Vatican to use the space to pray. Whether that will ever happen is a great question, but watching this interaction of religions is intriguing. it’s this intersection that makes visiting this Cathedral and Mosque one of the best things to do in Spain.

4. Take in the Surprisingly Man-Made Beauty at Las Médulas

A long, long time ago in northwest Spain, the Romans mined for gold. However, they weren’t entirely concerned with their effect on the environment. Las Médulas was actually the highest producing gold mine in the Roman Empire in the first century. Using hydroelectric power, the Romans turned the mountains inside out. Using the water to bust apart the rock, they left steep scars. Looking now, the bright and vivid contrast of the rock face scars against the green landscape is actually quite stunning. Because of this history, Las Médulas is a UNESCO World Heritage Site. There is nowhere else in the world that you can see such a vast, ancient gold mine. That is why Las Médulas made our list of the best things to do in Spain.

5. Tour the City of Arts and Sciences in Valencia As one of the twelve treasures of Spain, this next item on our list is easily one of the best things to do in Spain. The City of Arts and Sciences is a cultural and entertainment complex located on the now diverted Turia Riverbed. The most iconic of its buildings is the L’Hemisfèric, designed to look like an eye beginning to open. This elongated half dome building will draw you in, as it houses a planetarium, laserium, and an IMAX Cinema as well. You can also find a covered garden walk called the Umbracle. Housing an outdoor sculpture garden and unique plants native to Valencia, you can enjoy the natural history of the region as well. Yes, this includes the famous Valencia Orange.

Also here is an open-air oceanographic park with over five hundred species. Representing all the surrounding waters of Spain, this is truly a gem to experience. While I could keep naming the fun museums and activities here, I’ll end on the following. The performing arts center, the Palau de Les Arts, is well worth visiting. For both plays, musicals, performances, and opera, seeing a show here is truly one of the best things to do in Spain. If your breath hasn’t been taken away while strolling the City of Arts and Sciences, then a show here should do it.

6. Catch Some Sun on the Costa Del Sol 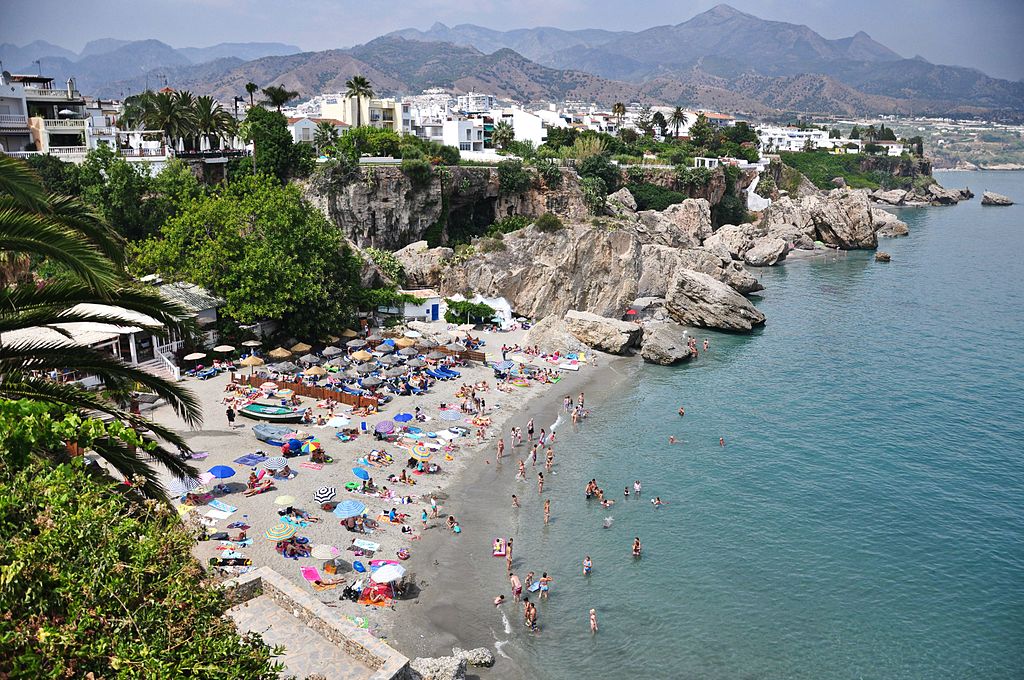 With a name like “Coast of the Sun”, you can’t help but want to go. Located on the southern Spanish coast, you will have a myriad of beaches to choose from. Whether you are looking to party a bit at Los Alamos Beach in Torremolinos or want a low key vacation, there is a beach for you. Even driving along the coast will give you breathtaking views at every turn. But, Spain new this and has plenty of pull-offs for you to enjoy the view of the Mediterranean Sea.

If you have a little bit of scuba diving experience, head over to the beaches of Maro. Diving isn’t the only sport available here though. Windsurfing, kayaking, golfing, and hiking are all popular here among both locals and tourists. If you find yourself being inspired by the beauty of the coast, you might be feeling a little Picasso in your soul. Pablo Picasso was born and raised on the Costa Del Sol. His house is now a beautiful art museum in Malaga.

7. Find Some Perspective at the Guggenheim Museum Bilbao

A museum is not only about what is inside, but what is outside as well. The Guggenheim Museum Bilbao is a stunning architectural piece designed by Canadian-American architect Frank Gehry. Opened in October of 1997, this has been acclaimed as one of the best architectural feats of the past thirty years. This may be because from clients to architects to the public, everyone love this building.

But, alas, the Guggenheim is not one of the best things to do in Spain simply because of its looks. Inside it houses a stellar collection of contemporary and modern art. This type of art is often done through installations in the museum. From a 340 foot snake that weaves through the halls to a large puppy sculpture by Jeff Koons that awaits you outside. The beauty of the building and art will both blow you away, so make sure to put this on your list of things to do in Spain.

Cantabria is a region in northern Spain nestled at the base of snow-capped mountains. With small towns speckled around the countryside, you will feel like you were transported back in time on the cobblestone streets. Around here, you can explore the nation’s oldest national park, Picos de Europa National Park. This park is dotted with stunning lakes that reflect the surrounding mountain peaks. Spend a few days in Santander, the capital of the region, on your way out. There you can enjoy the iconic Palacio de la Magdalena. This was the royal summer residence back in the day. Now a stunning piece of architecture and history, you will definitely enjoy it. So, sneak off to one of the most astounding destinations Spain has to offer: Cantabria.

With limitless things to do in Spain, it can be difficult to figure out what will be worth your while.

Hopefully, as we toured you around Spain with some of our favorite things to do, a few piqued your interest. Of course, visiting the major cities will each bring you a different sense of culture and charm. Additionally, each region will tantalize your taste buds in different ways as you eat and drink your way through Spain. But, make sure to soak up the sun, see ancient history, and explore the interaction of religions as you go. There are so many things Spain has to offer, and often the best are a little more off the beaten path. So, pack light and get ready for a grand adventure as you make your own list of things to do in Spain!

Related Article: 7 Fantastic Things to Do In Madrid Right Now