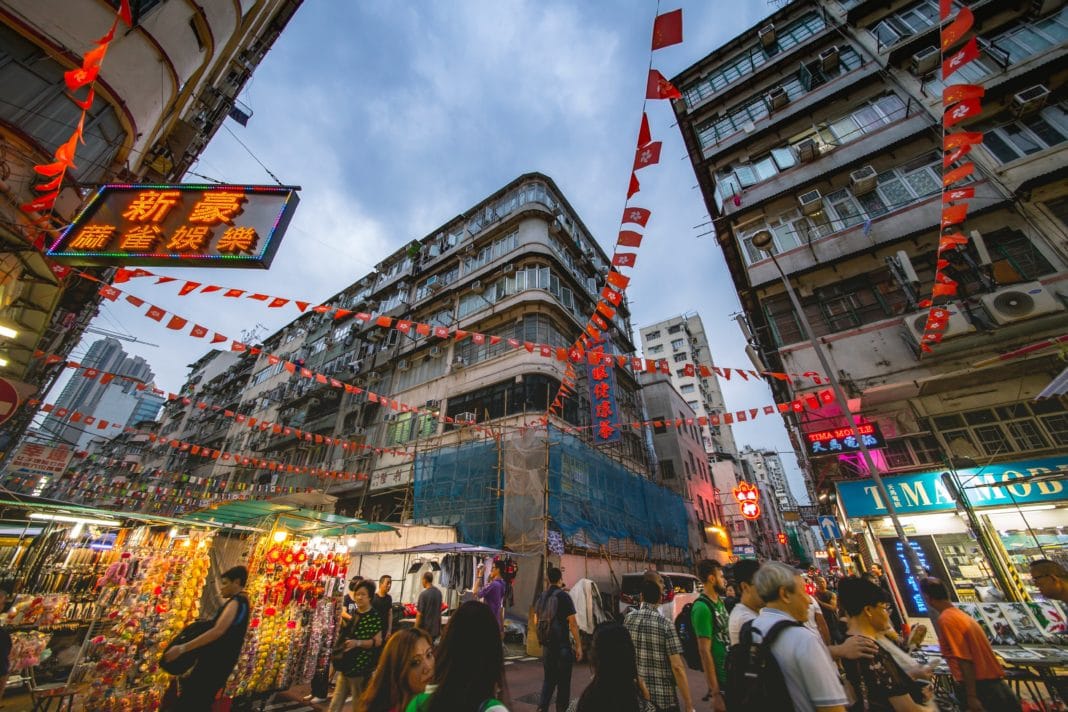 Taking the time to educate yourself about a foreign nation before visiting is certainly worth it.

Asia is the largest continent in the world, and naturally there is much variety in the cultures of each individual country. There are endless places to explore and no shortage of things to learn. It may seem a daunting task when you picture Asia as a whole; this is why you should take the time to explore each nation separately. Hong Kong is one particularly unique place to visit in Asia. This territory serves as a prime example of the variance across the continent. You may assume that Hong Kong is simply a city in China, but this is certainly not the case. This entirely separate territory has an entire world of its own within its borders. Among questions you may have, you might be wondering what language is spoken in Hong Kong.

Hong Kong operates under its own regulations and has a culture that is completely unique. The territory is known for its futuristic skyscraper-lined cityscape and dense urban population. Hong Kong holds much power and influence within the world on a global scale, with large financial hubs and major ports residing within the territory. You can also enjoy the world renowned shopping venues in Hong Kong during your visit here. Before you go, take some time and learn important details about Hong Kong, such as the territory’s history and what language is spoken in Hong Kong. This summary is a great place to learn these things before you go.

Of course, with so much to do and see in Asia, it is helpful to note that what is normal for one country may not be the case for the next. This applies to a variety of things, including culture and language.

Learn about the language, history, and culture of Hong Kong. 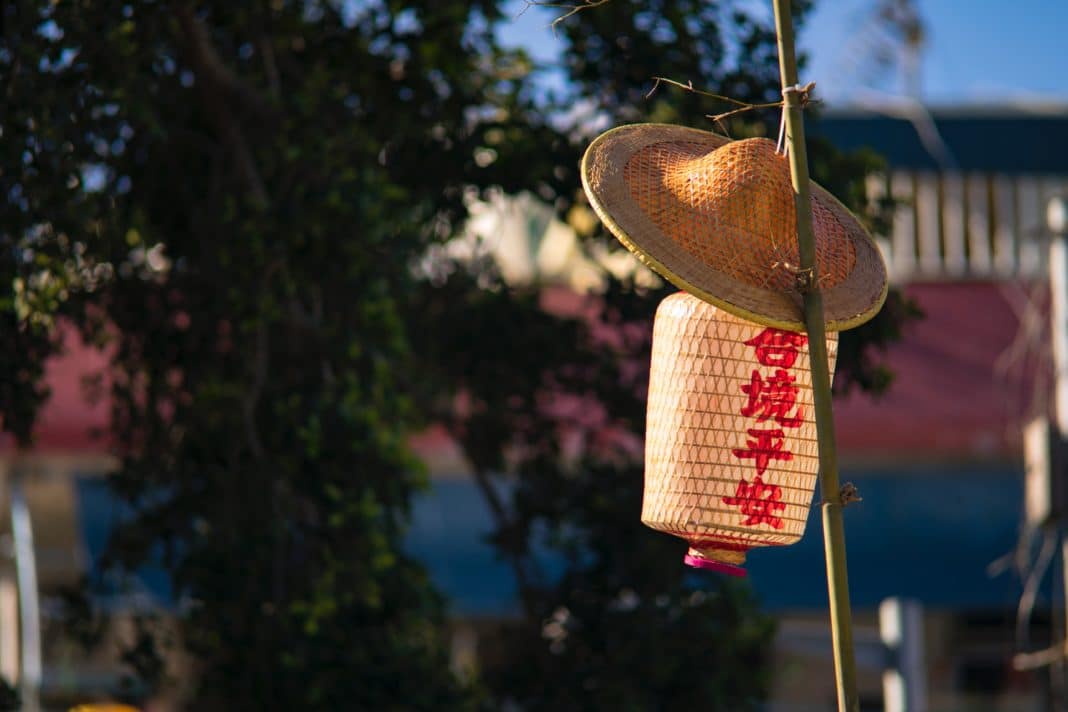 The globally impacting territory of Hong Kong derives much of its power from its tactical location on the Pearl River Delta and South China Sea. This portion of Asia has historically held much influence within world trade negotiations. Despite common belief, Hong Kong is a separate entity from its neighbor China. However, the territory as we know it today was molded from China’s Qing dynasty government. Historically, this portion of land has been a place of contention and power struggles. Originally, Britain obtained control of Hong Kong during the 1800s, when a 99 year lease was signed between China and Britain. Today, Hong Kong is known as a Special Administrative Region of the People’s Republic of China. Though the territory remains affiliated with China, Hong Kong certainly operates under its own system.

What language is spoken in Hong Kong?

Cantonese is a specific dialect of the Chinese language. This branch of language formed from ancient Chinese. Cantonese developed over time due to notable cultural differences over history. The language is connected with the Guangdong Province, which holds the city of Canton. It was here in this capital city that the Cantonese language first formulated. Hong Kong residents are quite passionate about their language, and firmly believe that it is a proper form of Chinese. This is a bold assumption, as Cantonese is often just considered another dialect. The inhabitants of Hong Kong communicate with Cantonese, as it sets the territory apart from mainland China. Reports note that 48 percent of Hong Kong residents are able to also speak Mandarin. However, Cantonese is still considered the communal language of choice, with 96 percent of the population speaking it.

Hong Kong has a unique cultural blend that sets it apart from the People’s Republic of China. Its vast international influence has created a linguistic, cultural, and religious melting pot in which numerous socioethnic groups coincide. The multiculturalism of Hong Kong is certainly a defining factor of the territory. Here you will find Buddhist, Taoist, and Sikh temples throughout. Hong Kong serves as a depiction of the greater global future, with its unique blend of tradition and modernization. Another excellent aspect of Hong Kong’s culture is its captivating cuisine. If you have had any exposure with Chinese dining, you are likely familiar with Dim Sum. This culinary experience is prevalent throughout Hong Kong, and it is quite easy to locate somewhere delicious to eat. The Dim Sum experience includes a variety of teas and an assortment of buns and rolls.

Tips for learning a new language. 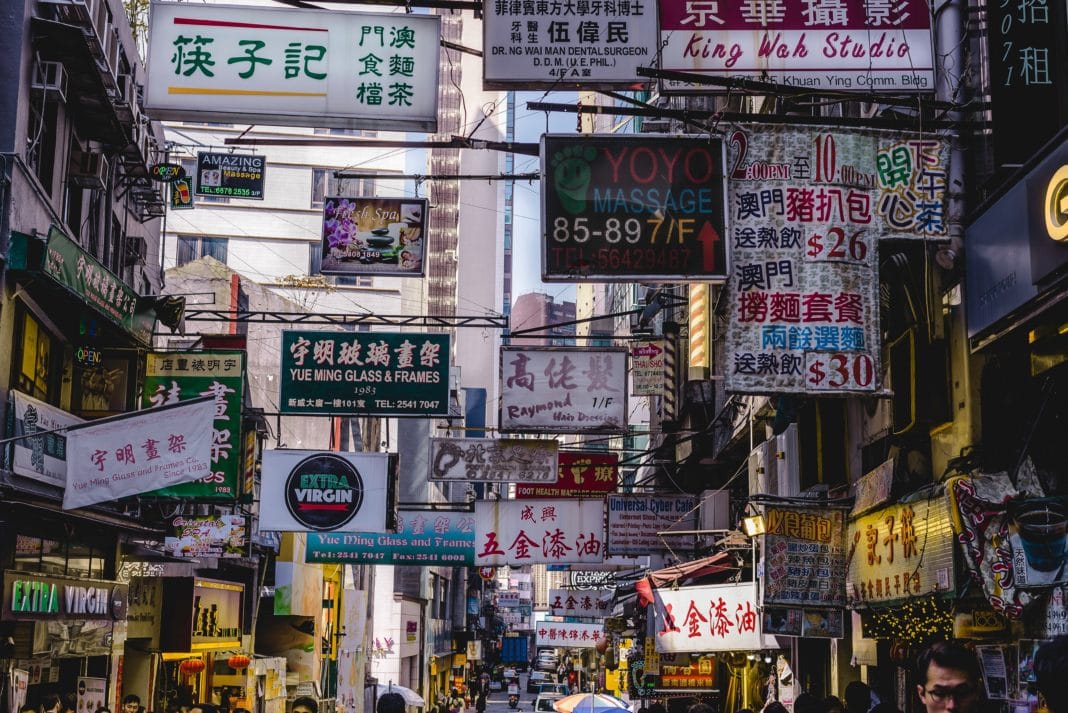 If you want to fully connect with the culture here, then it is important to learn what language is spoken in Hong Kong. As we noted, Cantonese is one of the official languages of the territory, and is an offshoot of the Chinese language. It is helpful to learn a few phrases of Cantonese to help you get by in a foreign place. Typically, learning Cantonese can be a challenge and not many aliens are able to speak it fluently. You might assume that learning Cantonese is not worth it, but note that between 70 and 100 million people speak this language around the world. Though it is predominant within Hong Kong, you can also find Cantonese speakers in the southern Chinese provinces of Guangdong and Guangxi and Macau.

If you want to learn Cantonese, the best thing to do is just begin. Do not waste your time asking if it is worth it or if it is hard. Naturally, acquiring an entirely new way to communicate is going to be difficult. That does not change, but your motivation and efforts can. Cantonese is worth learning because of its deeply saturated cultural influence as well as its convenience in Hong Kong. Look into various language learning programs and resources to point you in the right direction. Go ahead and learn a few basic phrases now to get you started. Basic Cantonese will certainly come in handy when visiting Hong Kong.

Allow yourself to be captivated by all that Hong Kong has to offer.

Visit Hong Kong in the near future and take the opportunity to experience one of the most unique places in the world. The culture and cuisine alone in Hong Kong are reasons enough to pay a visit to this Chinese territory. Since you know what language is spoken in Hong Kong, you can take the steps to start learning it for yourself.

Related Article: The 10 Best Things To Do In Hong Kong