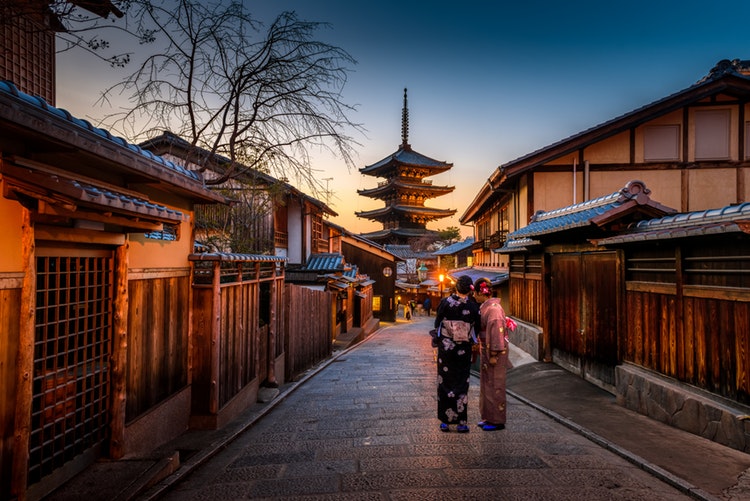 Want to know some important facts about Japan? 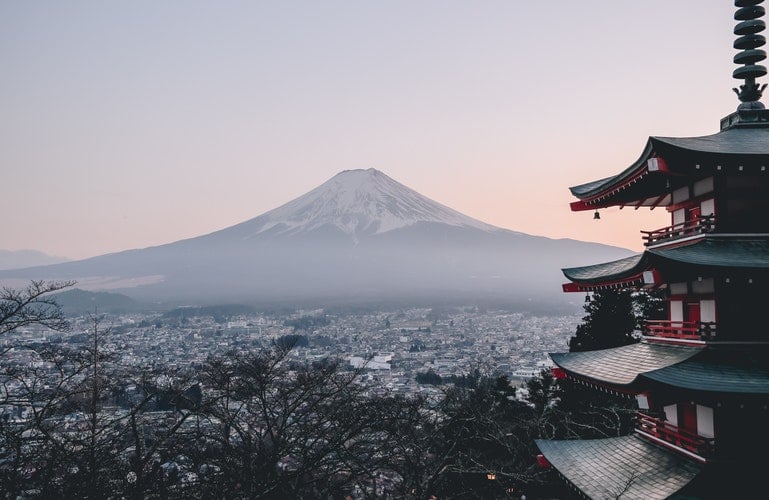 Thriving and unique, Japan incorporates more than 6,800 islands. The result is a vast and diverse culture, vastly different from that of the Western world. In this article, we’ll walk you through some fascinating, fun, and little-known facts about Japan. Visiting a country is so much more meaningful when you have some grasp of its history, culture, and peoples.

With a growing economy, Japan is a frontrunner in the global trade sphere. Here, ancient traditions blend effortlessly with modernity. This reflects both an adherence to tradition and an ever-evolving national identity.

Have you ever wanted to learn more about Japan and its culture? Well now’s your chance. Japan is one of our favorite travel destinations. Whether you’re planning a trip there soon or just want to broaden your scope of knowledge, you’ve come to the right place.  Are you ready? Let’s go. 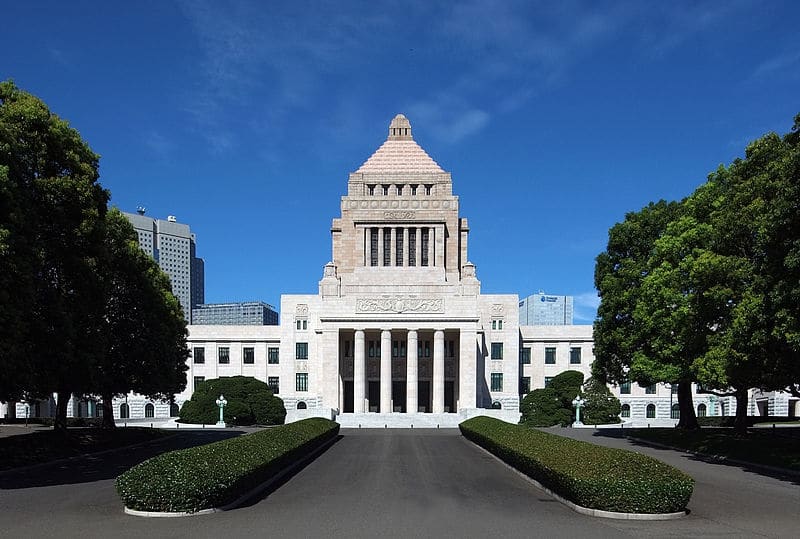 With a GDP of 5.15 trillion dollars, Japan ranked as the world’s third largest economy according to the International Monetary Fund (IMF). Its nominal capita is $40,442, which ranks as the fourteenth largest in the world. Needless to say, their economy is thriving.

In terms of trade, Japan has a highly efficient economy. However, in terms of agriculture, distribution, and other services, productivity is much lower. We attribute this in part to the declining median age of the Japanese population (due to a low birth rate) and their strict immigration policies.

This inevitably leads to a reduction of able-bodied people actively in the workforce. Due to a strong reservoir of industrial leadership, a well-educated workforce, and high savings, industrial development, and foreign trade have flourished in the international economy. Labor scarcity makes domestic production expensive, forcing much of it to be exported. When it comes to facts about Japan, trade is one of the most fascinating topics.

One of the little known facts about Japan is that twenty-one percent of their population is over the age of 65. This is the highest proportion of senior citizens in a country in the world. Today, there are more elderly people  than children in Japan.

The government functions under a market economy which has its origins in their ancient history. During the Edo period (1603-1868), transportation networks, banking contracts, and water routes were established. Much of them are still utilized.

Japan has a unique governmental structure. It runs as a unitary parliamentary democracy under a constitutional monarchy. In short, this means the country has both an Emperor and a Prime Minister who act to govern the country. Their Constitution, written in 1947 rests upon three primary tenets: the people’s sovereignty, adherence to fundamental human rights, and a renunciation of war.

The Emperor is symbolic of the unity of the people. He oversees matters of the state, acting in accordance with the advice and approval of the Cabinet. His position differs from that of pre-war Japan in the days when the Emperor was the sovereign source of power. The Imperial throne is received by dynasty, passed on from father to son.

Executive power is held in the Cabinet, consisting of the Prime Minister and up to seventeen Ministers of State who are directly responsible to the National Diet. Judicial power is vested in the Supreme Court and inferior courts, namely the High Courts, District Courts, Family Courts, and Summary Courts. 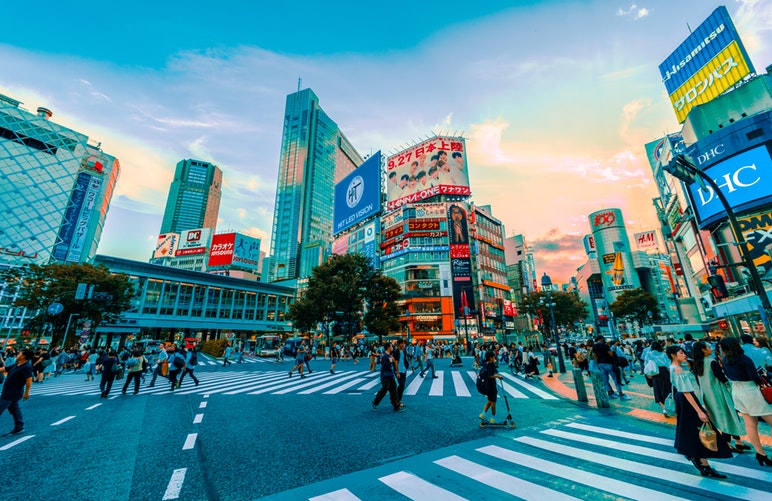 Over the course of its history, Japan has absorbed many ideas from other countries. Technology, customs, and forms of cultural expression all reflect these imports of thought. Today, Japanese lifestyle is a unique blend of Asian tradition and Western-influenced culture.

Traditional culture in Japan continues to thrive in the forms of kabuki, noh, and bunraku. So what are these forms of expression? Kabuki is a 17th-century form of classic theater characterized by flamboyant costumes and makeup, mechanical devices for special effects, and the rhythm of the lines that the actors use.

Noh is Japan’s oldest type of musical theater. Here, the story is not only told through dialogue but also through singing, musical accompaniment, and dance. The leading actor typically wears a silk robe and a lacquer mask. Finally, bunraku is a type of puppet theater performed according to narrative singing and the soft strum of the shamisen (a three-stringed instrument).

Other traditional arts include the Japanese tea ceremony and floral arrangement (ikebana). While the tea ceremony is highly structured, there’s a method behind it. There is so much more here than simply ritual and serving the tea. This profound experience requires a great deal of cultural knowledge and sensitivity to participate in. With its origin in Buddhist teachings, ikebana has evolved over several centuries. Art from ikebana is distinct from others because of the meticulous care put into choosing every element of the work. Each branch and flower is strategically placed, interacting with its surrounding space.

8. Take off Your Shoes

Did you know that some places will require you to take off your shoes when you go indoors or places with tatami mats? While you won’t need to take your shoes off everywhere you go, keeping your eyes out for a tatami mat will cue you in. This is a sign of good etiquette. In some private homes, hotels, and even restrooms, slippers are provided. Feel free to use them.

9. Bow When You Greet Someone

This is probably one of the most well-known facts about Japan. Don’t worry about knowing the particulars of bowing. One of the interesting facts about Japan is that bowing when you greet someone is a sign of respect. With this said, the Japanese don’t expect foreigners to always get it right. Just know that when you meet someone, you should bow out of respect. This can vary a lot – from a slight head nod to bending down at the waist. The longer and the deeper the bow, the more respect is shown. It is not commonplace to bow with your hands in front of your chest in Japan.

When you’re in a new country, tipping is always something to get adjusted to. Every one seems to be different. When it comes to Japanese culture, you don’t need to pull out your phone and do some quick math. Here, tipping is not customary, even for hotels, cabs, or restaurants. You can feel free to leave some leftover coins and spare change if you would like but know that it is not expected of you.

Here’s one of the little known facts about Japan. If you have ever visited before, we’re sure you noticed that train stations and airports are filled with various food shops. When you are wondering what type of gift to buy someone in Japan, know that food is always a good way to go. Stay away from items like shot glasses and magnets. Instead, items like matcha and mochi are more of the tradition.

You probably weren’t aware but in Japan, slurping your noodles isn’t simply customary. It’s a sign of good manners, letting the cook know you enjoyed your food. Whether you’re eating noodles from a bowl or drinking it like soup, this is customary. Are you worried about being louder than the others? Take note of how loudly the people around you are eating.

Kimonos don’t seem like an article of clothing you could put on the wrong way. But there is a wrong and a right way of wearing one. A good way to remember how to wrap a kimono is that it folds left over right – the opposite of how women in the U.S. wear their clothing. Another good tip for how to wear your kimono correctly is to observe the pattern of the fabric. You know you have put it on incorrectly if you interrupt the pattern.

14. Christmas is Considered a Romantic Holiday

To most Westerners, Christmas is a time of family gathering and (or) celebration of the birth of Christ. However since Christians only make up about 2% of the population in Japan, Christmas is considered a romantic holiday instead of a religious one. While fancy light displays and decorated trees are still common, most people celebrate on Christmas Eve instead of Christmas Day. For couples, Christmas Eve is a special date night where you will go out to a nice dinner and exchange romantic gifts.

15. The Way You Use Chopsticks Has Meaning

There are important cues to remember when dining with chopsticks. Never stick your chopsticks in your food when you’re not eating. In Japanese culture, this resembles a ceremony performed at funerals and is considered a bad omen. It’s also taboo to pass food using chopsticks for this reason. If you want to share, use your chopsticks to put food on another person’s plate. Never stab at your food.

Book Your Trip and Experience These Facts about Japan Firsthand

Alright, now that you know a bit about the culture, it’s time to book your trip and get packing. We’ve got all the tips you need – from the best time to visit Japan to things to do in Osaka. This island nation offers a great deal of history, culture, and diversity to the curious traveler. The land itself is as varied as the people, ranging from volcanic islands to forests, and sandy beaches. You’ll find the people warm, hospitable, and rightly proud of their home.

Whether you are traveling for business or leisure, Japan is a beautiful and rich country well worth the visit. We highly recommend diving into Japanese culture to get the most out of your stay. Have you visited Japan before? Perhaps you have some tips on where to travel or questions for us. Feel free to leave us a message below. We will be sure to get back with your shortly.