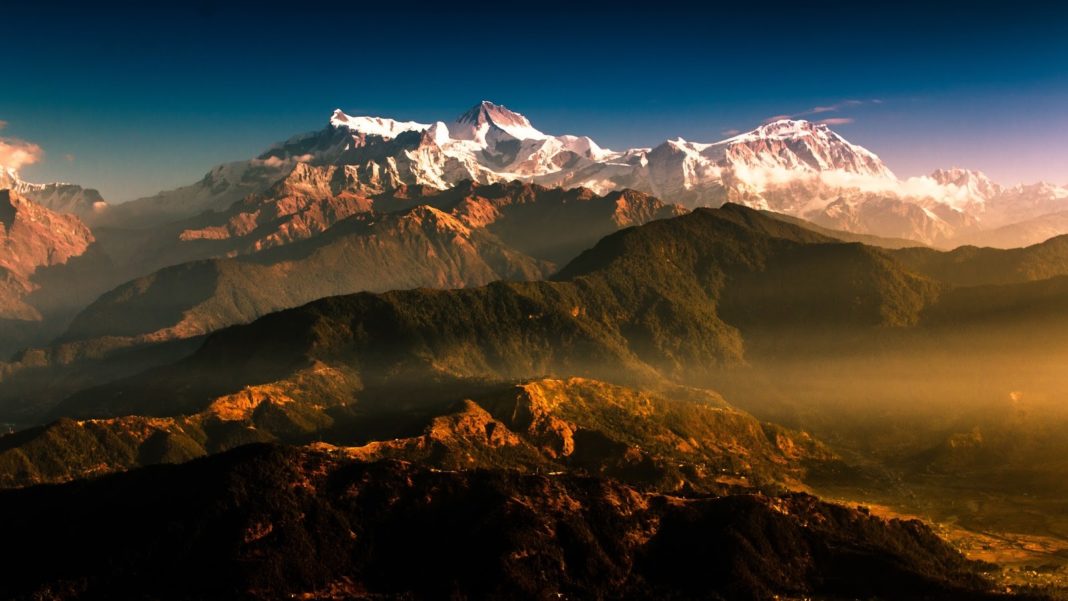 As one of the neighboring lands of the Himalayas, Nepal is a nation in which ancient culture, natural beauties, and peace become together in harmony. This is a wonderful territory located between China and India, and it’s very close of Bhutan (to its west), commonly named ‘the roof of the world.’ Despite being quite small (especially in comparison to its two giant neighbors), it has plenty to boast about. Not only are the Everest and some of the other highest peaks on Earth found in its territority, but you’ll also discover an interesting climatic and geological diversity with various places to get inspired, recharge yourself with positive energy, and find inner peace. 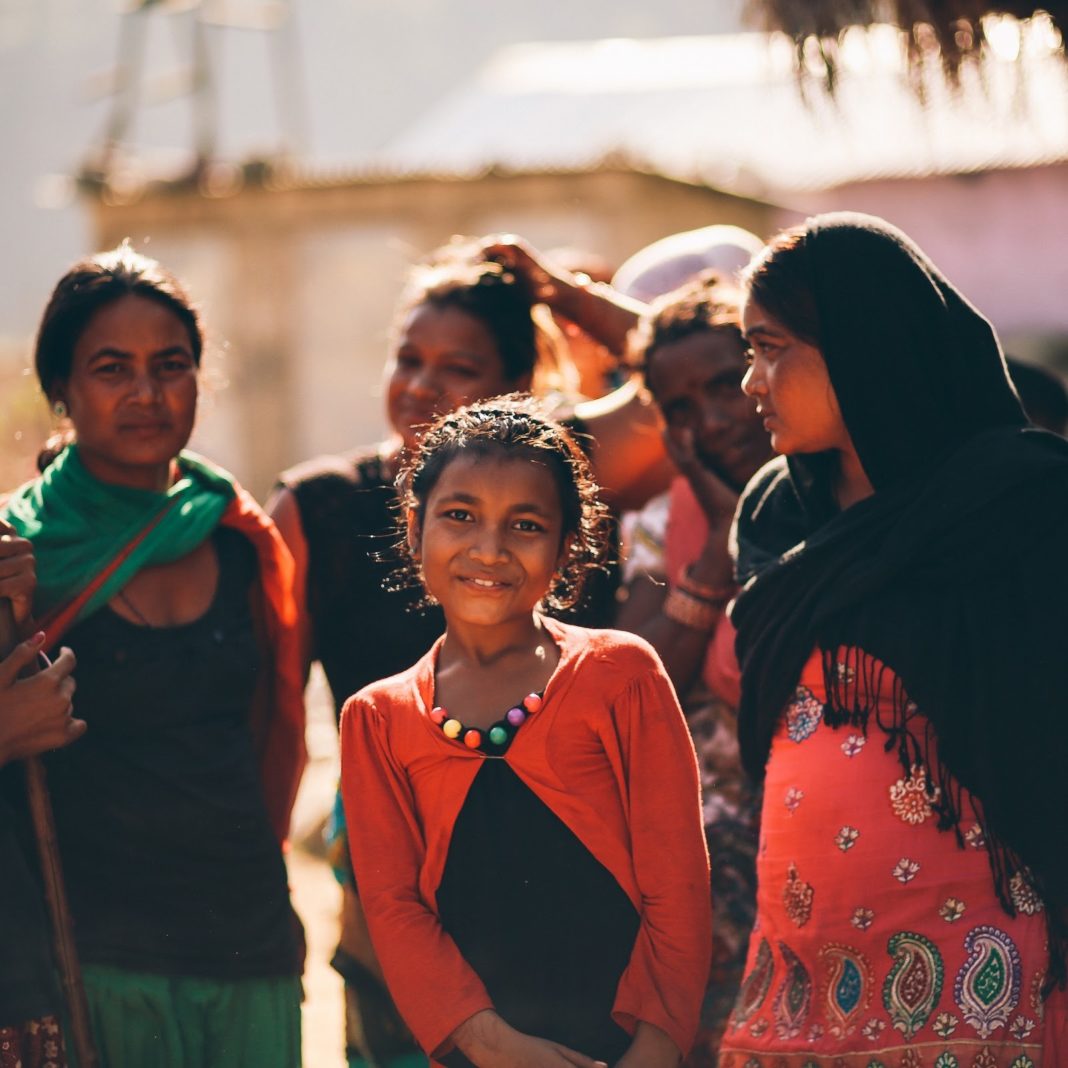 As one of the territories that has been populated by humans for the longest period of time, Nepal is a country of religious diversity, in which Hinduism makes up the majority, representing almost the 80% of its current population (calculated by the last census of 30 million people). Nevertheless, they cohabitate in harmony with Buddhists, Muslims, and other ethnic groups, and even share some of their religious holidays.

Nepal was governed by a Hinduist monarchy until 2006 and was therefore functioning under Hindu laws, thus some behaviors or ‘sins’ related to the caste system were punished by law (though never applied to tourists) during certain periods of the monarchy. Because of this, its people (even non-Hindus) still maintain Hinduist manners and codes of conduct, for respect and for the purpose of getting more easily adapted. It’s considered mindful for visitors to do the same during their stay in the country, as Hinduism is still the official religion of Nepal. 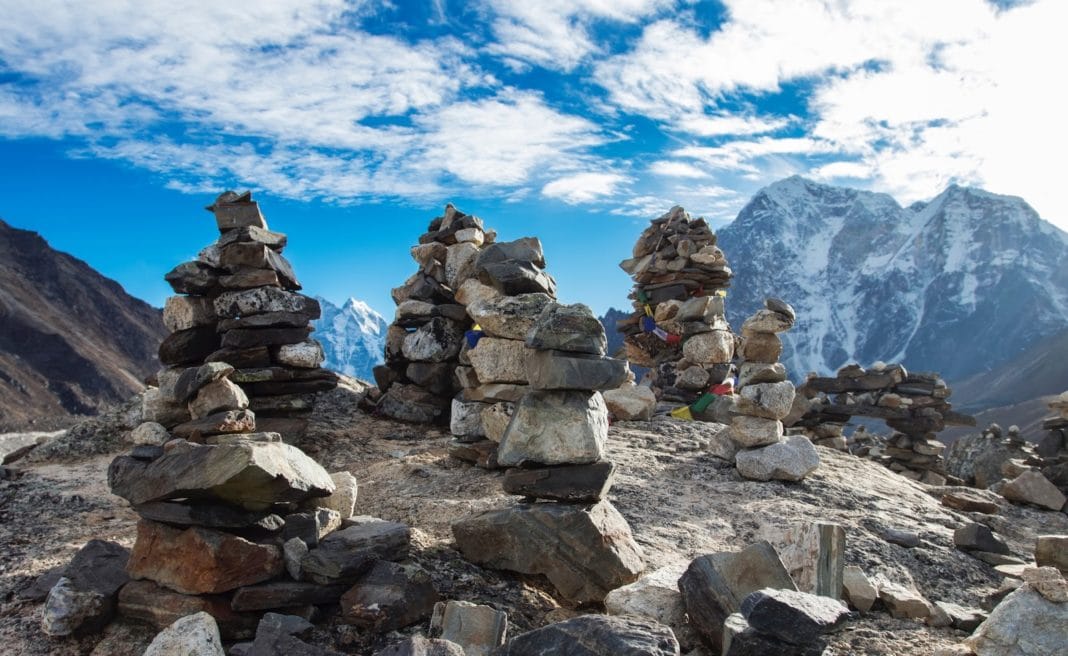 Places with high mountains are always perfect for finding inner peace and developing spiritual wisdom, as from the heights you’re able to ‘observe’ everything, which is one of the premises of Buddhist and Zen-related practices. These environments let you clear your mind from prejudices to become a mere observer of the beauty of the surrounding creation. In fact, the Himalayas (especially Mount Kailash found in the Tibet) are commonly called the Seventh Chakra or Crown Chakra of the planet, and since ancient times, pilgrims and monks of Hinduism, Buddhism, and Jainism have come to these mountains for a spiritual retreat. The cold environment found in this region is also thought to promote a more introspective attitude that leads you to want to preserve your inner energy and focus. 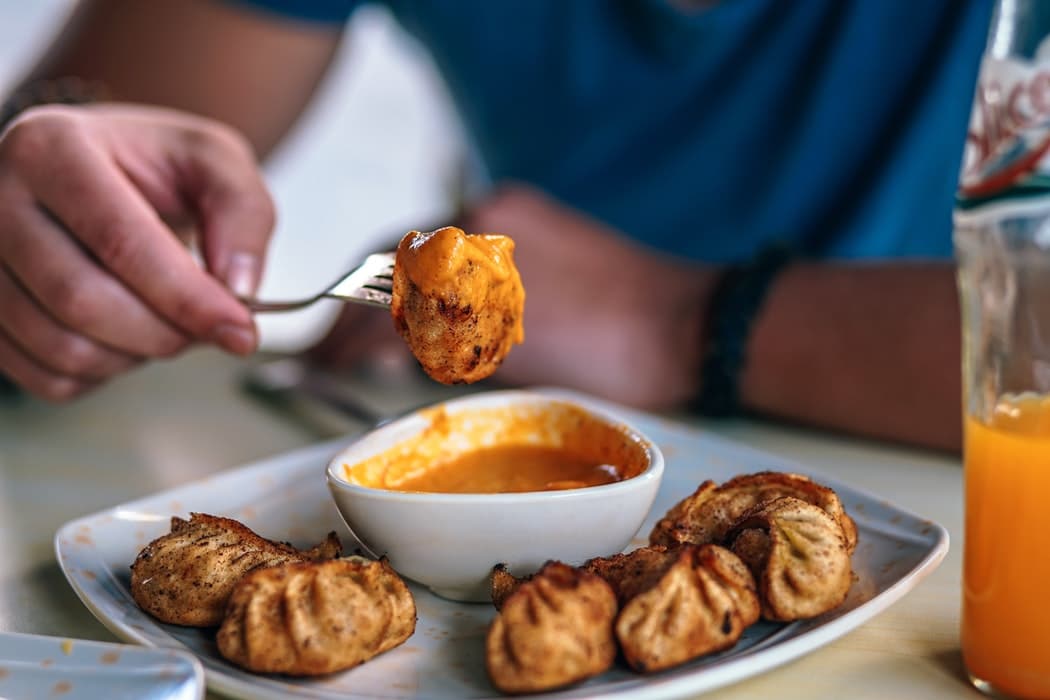 Both geographic and cultural diversity contribute to Nepal’s incredibly rich gastronomy. Chinese and Indian cuisine have important roles as roots of its diversity, which are often seen in the spiced dishes that are accompanied by rice. Thanks to Hindu and Muslim influence, it’s also quite common to find pork-free options as well as vegetarian ones.

The main Nepalese dish is called Dal Bhat Tarkari. It mainly consists of a lentil soup served with steamed rice and other foods like cereals, vegetables, curries, masu (spiced meat), and/or chapati bread. Locals used to eat this up twice a day!

The momos is another popular and cheap dish that you’ll find in several places around Nepal. Similar to Italian ravioli, these are made out of barley flour and water and are filled with chicken, pork, buffalo (yak), vegetables, and/or cheese, and are usually served with a local (and often spicy) sauce. It can be made as a quick meal with only the sauce served in a cup, or in a more formal way in restaurants, topped off with one of a wide array of dressings.

4. Magical Places to Visit in Nepal 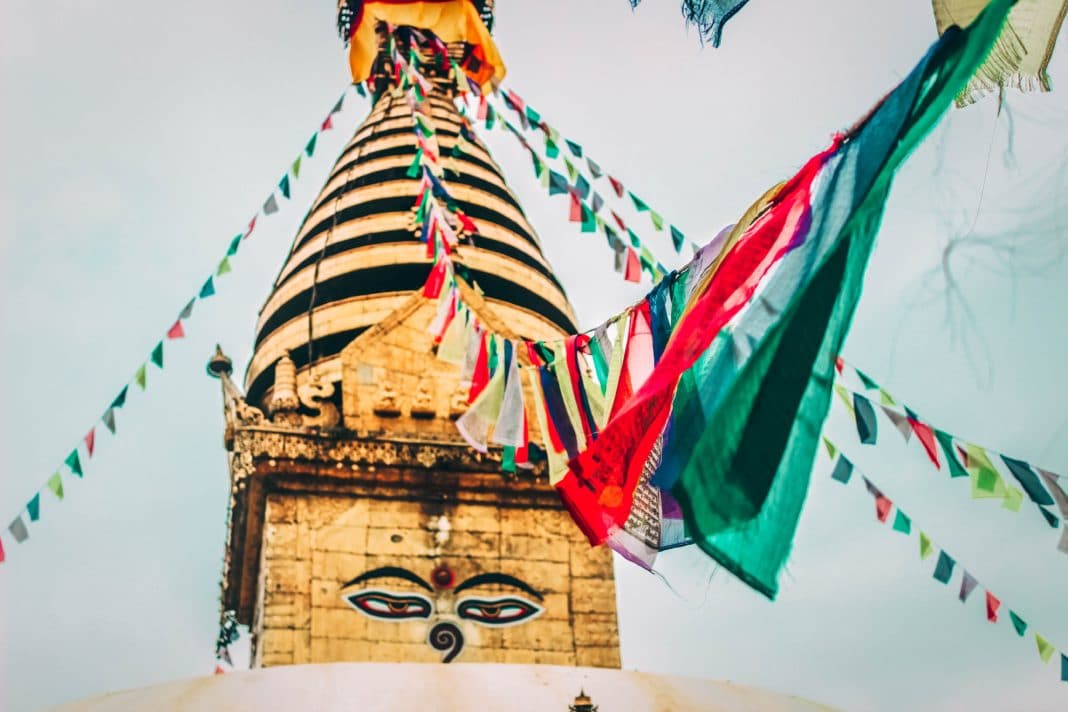 As this land is found between India and China, it represents an interesting destination for spiritual tourism for those interested in Eastern traditions. The natural wonders and cultural inheritance waiting for you may change your life! Here are some of the most important places to visit in Nepal, the homeland of the Buddha.

The capital city of Katmandu is a place everyone should visit at least once in their lifetime, especially in such a small country that is home to so much ethnic diversity. Some places of the Katmandu City are listed as UNESCO World Heritage Sites. In Katmandu Valley, you’ll find up to 2,700 temples, and this city also happens to be the perfect place to taste the wonders of the Nepalese cuisine coming from different regions of the country. From this city, many tours depart to Mount Everest, and you’ll be able to find the tools required for trekking. You’ll also find the Boudhanath Temple here, a temple with a beautiful story about how it was erected, and it’s even said that it fulfills your wishes.

This is one of the World Heritage Sites of the capital and is the most important temple dedicated to Shiva. In this wonder of Hindu architecture, you’ll find many devotees–many of them close to their time of death. Followers that visit this place or die on its premises are believed to be reborn as humans free of Karma, and astrologers found in this temple are said to predict the day of the death of those who ask.

The main temple is reserved for Hindus only. Nevertheless, the rest of the buildings are available for other visitors, and foreigners commonly have the chance to see at least one cremation which is done in special and sacred rooms.

It’s excruciatingly hard to get to the peak–everyone knows that! But there are interesting tours to Everest’s South Base Camp (the Northern one is on the Tibetan side in China). Many people take a flight to the Lukla Airport and from there, make their walk to the Base Camp. This can be a powerful experience that mixes physical challenge with unique peace and view from the 29,029′-foot roof of the world as its final reward.

This is one of the most sacred temples in Buddhist and Hindu culture. It’s said that here, Guru Rinpoche, one of the founders of Tibetan Buddhism, made a stop to meditate during his road to Tibet. In regards to its importance to Hinduism, the Muktinath Temple is dedicated to the god Vishnu, being named in the Vishnu Purana, a sacred Hindu scripture.

Reaching this temple is quite difficult if you want to do it on your own without guides or tour packs (which we don’t recommend), and people are advised not to stay for too long due to the risks of suffering from altitude sickness among other concerns.

Despite its fame and importance, the Muktinath Temple is quite small, but many treasures and pieces of art are stored in its walls, which makes it a wonderful place to quietly admire ancient art and feel peace surrounding you. 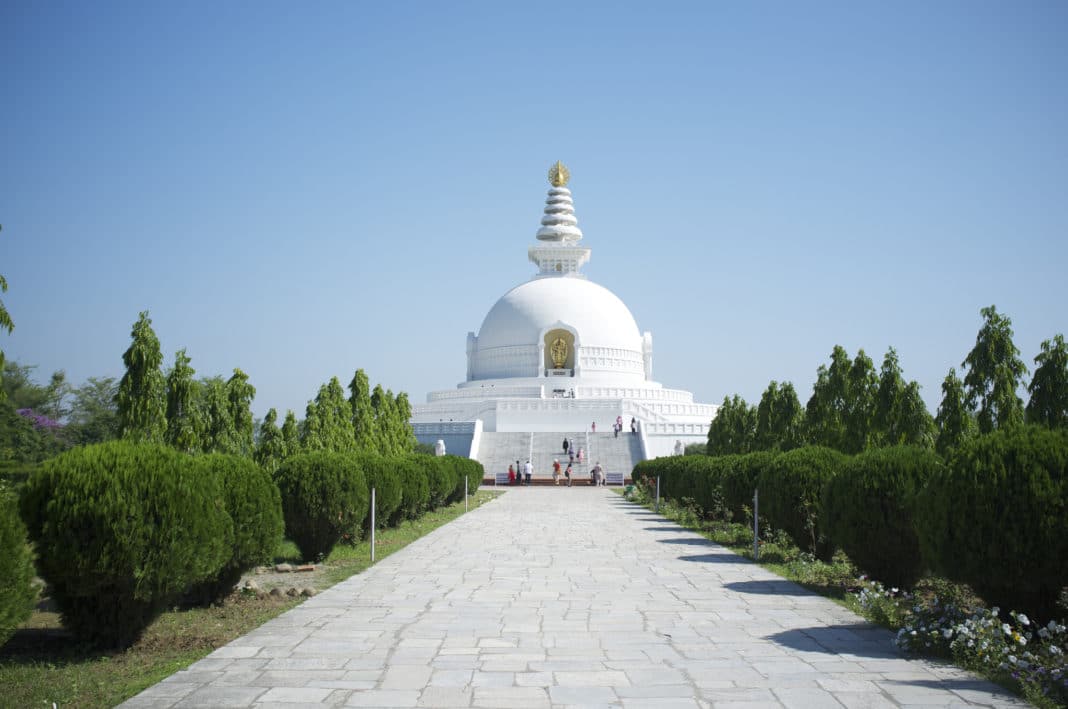 How could someone miss to visit the birth city of the Buddha Siddhartha Gautama? It’s said that here, his mother Maya Devi gave birth to Siddhartha under a tree, around which now a magnificent temple has been erected. This temple, besides its beautiful art, also comes with rooms for meditation, sacred pools, and monasteries. It’s a classic pilgrimage destination for Buddhists from around the globe, as well as a common destination for scholars and anthropologists. You wouldn’t want to miss this place!

Maybe you’re craving a serene place to just sit down for a while and contemplate beautiful landscapes, but without the work of escaping high away to the Himalayas? Then Pokhara Valley is for you. This quiet destination is perfect to end your journey through Nepal, or even as a break during your trip to go on a paragliding adventure. Pokhara Valley in particular is the perfect spot for this because even though the valley is close to 1000 m.a.s.l., you can marvel at peaks that are more than 7000 Mts high from here, which are located just 30 kms away from the Valley.

All these—among many other places—make of Nepal a wonderful destination for every heart, where you will discover some of the most well-known cultures of the world coexisting with one another and be surrounded by natural beauty without going too far away from the cities. So, will you take the leap and visit Nepal?

Related Article: ​Why You Should Visit Port Aransas Beach​​​ 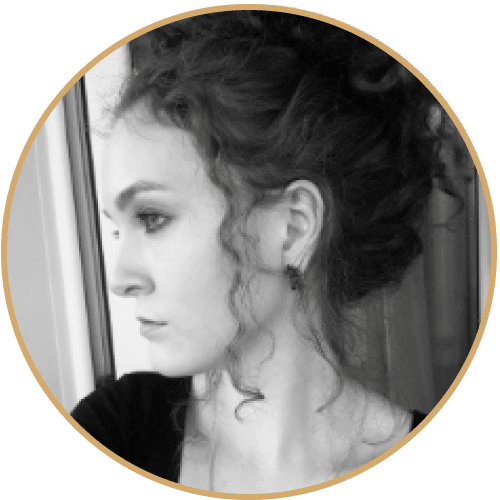 Polly Tlg is a travel blogger and social media manager who is an extremely talented writer and content creator. She inspires and motivates. A nomad by nature, Polly finds utmost joy in traveling around the world. Moreover, Polly Tlg has always been interested in holistic and alternative ways of healing. Ayurveda and yoga are the best medicines for her.