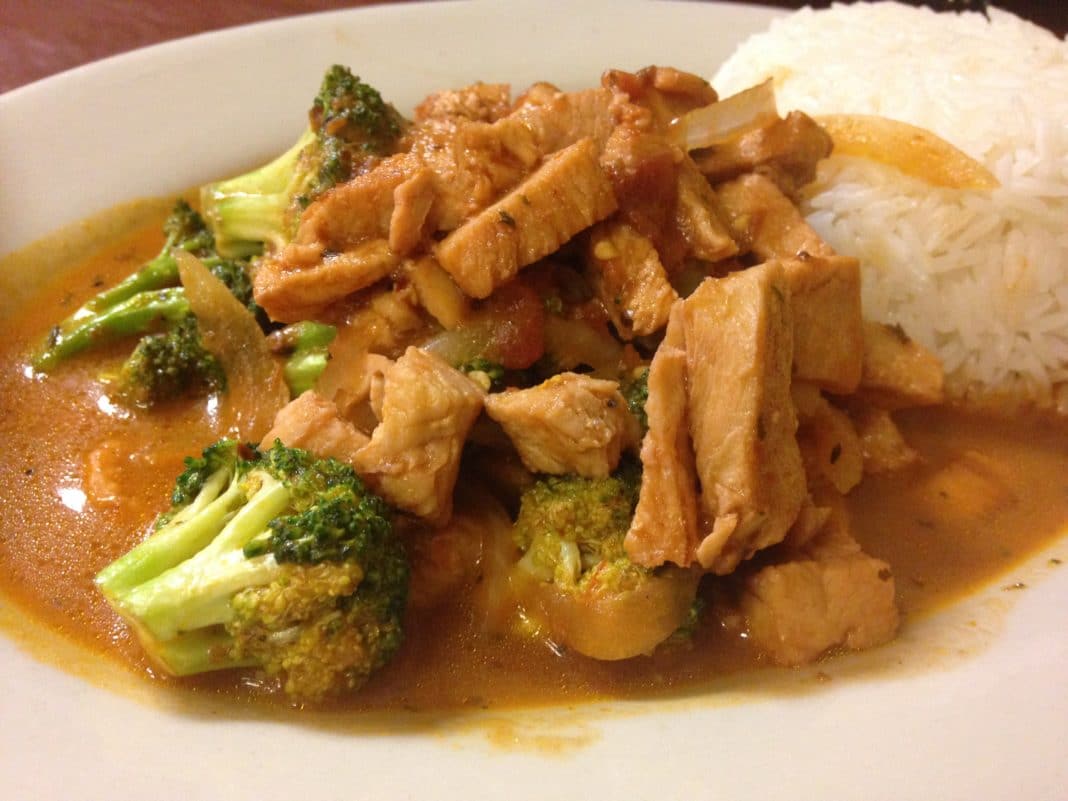 Drawing upon French and western influences, Haitian food is as diverse as the country itself.

We’ve gathered a list of the ultimate must-try dishes. From flavorful stews to deep fried eats and everything in between, our choices serve as a good introduction to all the culinary wonders that Haitian food has to offer. Let’s begin!

You haven’t truly lived until you’ve had one of these savory puff pastries. As far as Haitian food goes, pate is a top one on our list. If you’ve ever traveled to Miami, we’re sure you’ve seen it on the menu in restaurants. But in the Magic City, it often goes by another name, the patty. Pate demonstrates the cultural melting point of French and West African influences.

As we mentioned, the dough is very similar to that of a puff pastry. But since we’re talking about the Caribbean here, this dish is not dry and flaky. Instead, lard or shortening replaces butter. While the outer layers are thin and brittle, the inside gives way to thick chewy layers. Most pate fillings are made from either spicy ground beef or a salted codfish. Other common fillings you will find include ground turkey, ground chicken, and smoked herring. It’s typical for pate to be served at any time of the day in restaurants.

The term ‘fritay’ refers to a number of fried Haitian food. Certain types of fritay are traced all the way back to their origins in West Africa. Among the most simple types of fritay is patat, slices of deep fried sweet potatoes. And we’ve got to tell you – oh do they make a delicious snack and side dish. Another delicious type of fritay comes in the form of bannann peze, fried pieces of green plantain pressed into a round disc-shape and fried again.

When it comes to meat fritay, the process is a little more complicated. Beef, goat meat, and sometimes turkey are be used. Often times, the meat is washed in a salt and citrus scrub, drenched again in hot salt water, and marinated a seasoning paste called epis. Can we stop for a second to talk about how delicious epis is? This mix contains a mouth-watering medley of flavors – scallions, parsley, Scotch bonnet chiles, bell peppers, chives, garlic, thyme, citrus juice, and more.

All of these flavors work to bring out the natural flavors of the meat, as it slowly braises in its own juices. Afterward, it is fried until it’s crispy on the outside and tender on the inside. Chicken drumsticks go through the same preparation process before being dusted with cornstarch and fried. 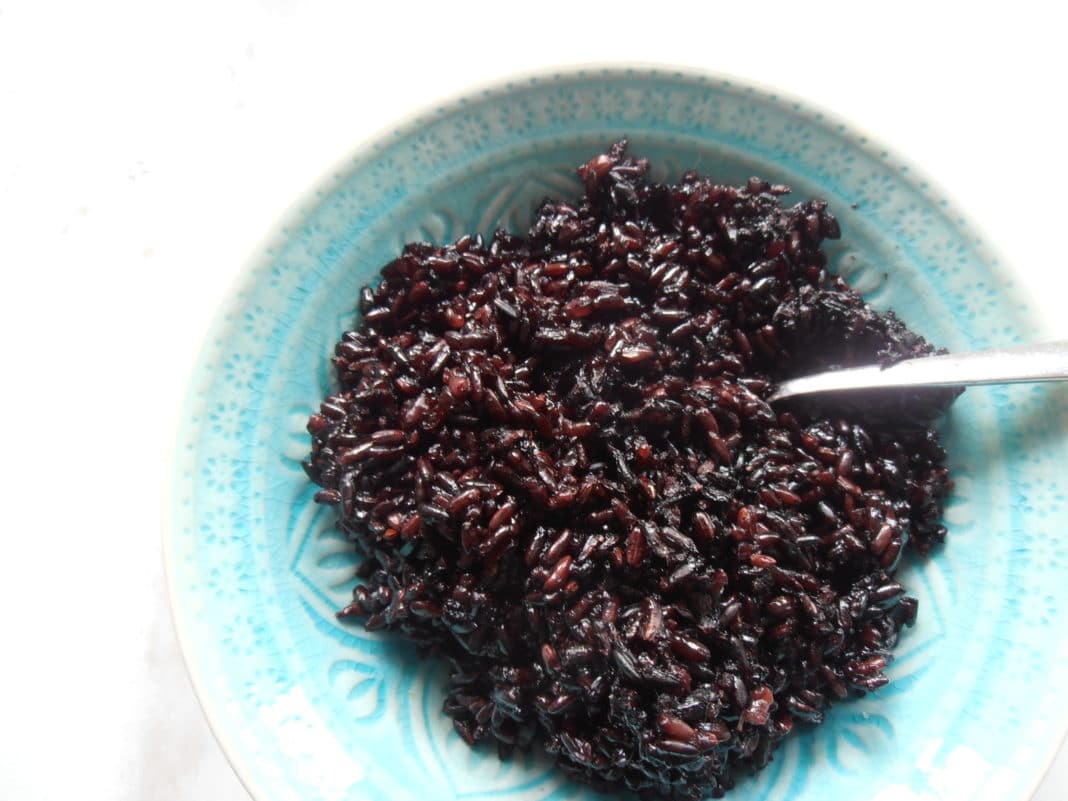 Have you ever heard of black rice? Well, diri ak djon djon is just that. Diri means ‘rice’ in Creole and djon djon refers to the fungus from mushrooms growing in northern Haiti. While these mushrooms are widespread throughout the Caribbean, Haiti is the only country that features them commonly throughout their cuisine.

Here’s the interesting part. Cities in the U.S. that cater to Haitian cuisine import these delicacies where they run for $64 by the pound. Needless to say, this makes diri ak djon djon one of the most elegant forms of Haitian food. You’re probably wondering what the process to make it looks like. Well, like any worthwhile type of cuisine, it comes with finesse.

The preparation process starts out with soaking the mushrooms in hot water. From here, the black liquid that emerges creates an ink-like texture in which the rice and beans are cooked. Cashews and shrimp are often added. The result is both an aesthetically pleasing dish and an aromatic blend. As it happens, diri ak djon djon is a meal that few restaurants serve regularly and families typically prepare only for major holidays and times of celebration. If you would like to try it during your visit, we highly recommend calling the locations and asking ahead.

This dish has a lot of history behind it. Two hundred and fourteen years ago, Haiti became the second nation in the Americas to gain independence from the clutches of European rule. But more importantly, theirs was the only successful slave revolt since the initiation of the transAtlantic slave trade. And the island of Haiti became the first free Black republic.

Today, many of the locals recount stories of a pumpkin-flavored soup that the French colonizers indulged in and the slaves were forbidden from eating. Today, Haitians celebrate their hard-earned freedom on New Year’s Day and eat the soup joumou, a puree of mild Caribbean pumpkin and beef stock. Added to the soup base are pasta, cabbage, carrots, root vegetables, plantains, celery, and beef cuts. Scotch bonnet chiles and other herbs and spices are added too.

Soup joumou is perhaps the most important Haitian food historically. To all who consume it, joumou is a strong reminder of the Haitian people’s resilience, emotional and spiritual journey, and independence. While it is traditional to eat at home on Sundays, many restaurants will also serve it up on weekend mornings. 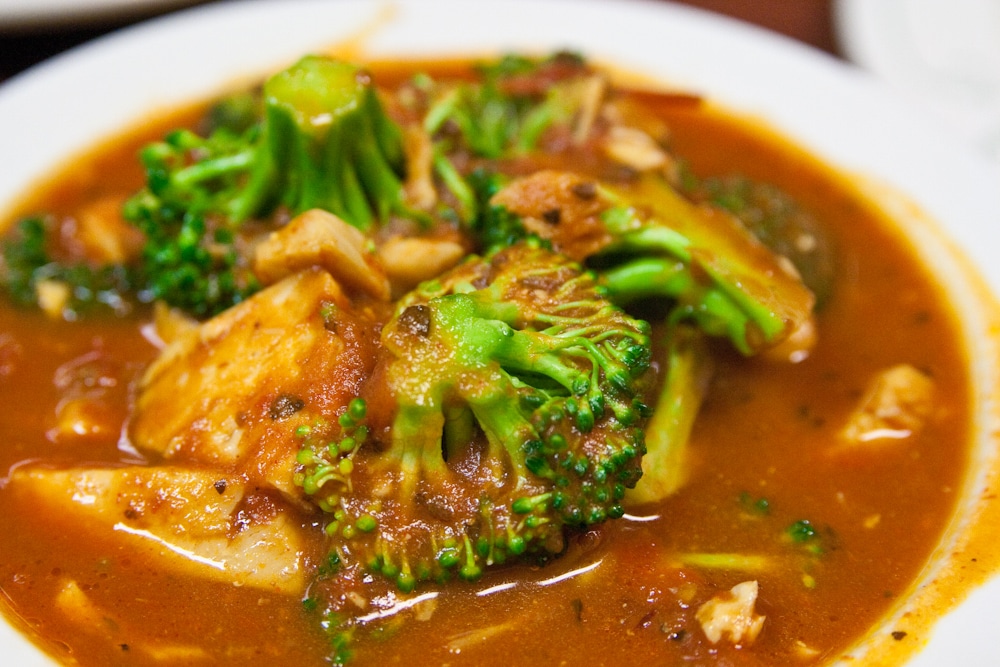 There are too many delicious types of Haitian vegetable stews to list. These dishes are indicative of the strong West African influence rooted in the Haitian cultural identity. Scholars with a strong knowledge of African American foods attributed stews with leafy greens and other veggies to Africa’s west. All in all, though, these stews incorporate European, native Caribbean, and West African vegetables. Sometimes, they are all cooked together. A lot of the times the meats used vary. Other times, they are left out entirely.

Legim, meaning ‘vegetables’ is the most popular of the Haitian vegetable stews. Either cabbage or eggplant is used at the base with squash, carrots, green beans, and watercress as additional ingredients. Another similar dish, zepina, offers spinach as the base with veggies like carrots and lima beans thrown into the mix.

If you didn’t already know, seafood plays a huge role in the Haitian diet. Red snapper and spiny lobster are just a few of the popular choices – alongside a squeeze of lime juice and plantains, of course. Lambi, or Caribbean queen conch is another popular menu item. This large mollusk is indigenous to the shores of the island and is relished as an expensive delicacy throughout Haitian cuisine. To prepare the meat, chefs crack and tenderize the conch meat before it is grilled. It is also common to find lambi served up fried in salads or mixed up in a spicy sauce.

Before working its way onto the Haitian food scene, lambi also served as an important part of Haiti’s fight for freedom. Revolutionaries cut the end of the conch shell, using it as a horn to signal and mobilize troops over long distances. One of the country’s most important symbols is a Black man blowing a lambi horn. In his other hand, he holds a machete and at his feet sit the remains of a broken chain and cuff.

A traditional Haitian food made with fried pork, Griot has to be one of our favorites. As a common dish, it often serves as a staple for all types of public gatherings like Easter and Christmas. So what does it taste like? Let’s just say that the crispy texture of the pork and the aroma of the spicy marinade lend to a spectacular flavor. But don’t just take our word for it. Taste the goodness of griot for yourself.

Who’s in the mood for some Haitian porridge? Made from Bulgur wheat, this dish is typically eaten as breakfast or as a main course. It’s sweet, salty, and everything good in between. The mix of spices like cinnamon, nutmeg, and star anise, is sure to tantalize your taste buds. Take our word for it and treat yourself. 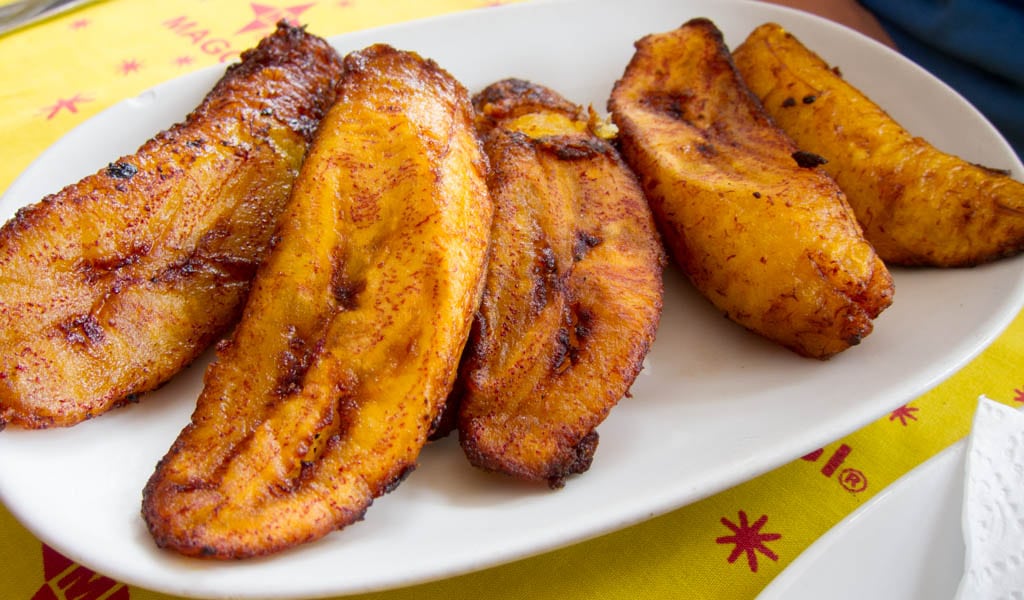 Vegans, this one’s for you. A fried dish made from malanga (indigenous to Central and South America) and other spices, it offers up a delicious, spicy, and flavorful bite. The crispy outer coat and inner savory flavors are absolute perfection. You can’t miss out on the wonder of this Haitian food.

Plan Your Trip and Indulge in the Best Haitian Food

With so many tasty dishes and drinks to choose from, it was hard to narrow down our list to the top nine favorites. While you’re there, make sure to sample as many dishes as you can. Seek out authentic places to try the dishes. Ask for the local’s recommendations. Or when you’re feeling creative, put your culinary abilities to the test and try to cook up some Haitian recipes on your own. Either way, it’s time to visit Haiti.

Related Article: 10 Delicious Types of Venezuelan Food and Drinks You Need to Try