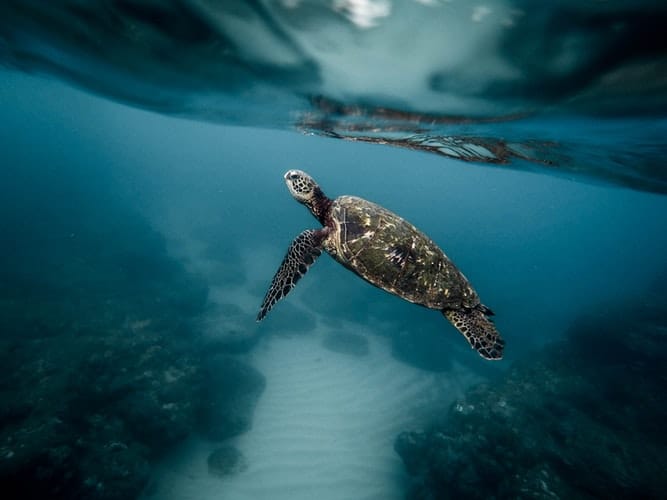 To truly appreciate your time in Hawaii, you should learn a few Hawaiian words to fully experience the spirit of the islands.

If you travel to a new city or country, there will most likely be at least a few words pronounced a bit differently. While Hawaii does speak English, there is a myriad of native Hawaiian words that are used abundantly on the island. Having a grasp of these before you go will give you a deeper love for the culture. But, on top of that, it will show a mutual respect for the locals and be a fun piece of your time there. Even if you’re just going to a beautiful Hawaiian resort the whole time, it will still be worth it to learn a few of these Hawaiian words. So, write down a few that you know you will want to use on your next trip to the islands because these Hawaiian words are ready to help you navigate the new culture.

Aloha. Has a more lovely word ever been found? Aloha encompasses both hello, goodbye, see you later, and love. Yes, even that last one. Aloha is more than just a greeting. It is a recognition of good things and beautiful relationships. It’s no wonder it is one of the most famous Hawaiian words, as it has a beautiful meaning and purpose.

Mahalo. Meaning thank you, this will be a well-worn word by the end of your trip I hope. Many travelers first think that mahalo means trash, as it often appears on the bins. However, think of it much more as a thank you for your business and for cleaning up after yourself. So, while thank you is adequate and polite to use on the island, try out mahalo to ease your way into using Hawaiian words. If you’re ready to step up your game, say “mahalo nui” (mah-ha-low new-ee), meaning “thank you very much”. The last phrase you may hear or want to use with this is “mahalo for your kokua”. This means thank you for your assistance.

You may hear the Hawaiian words A‘ole pilikia in response to your mahalo. It is pronounced, ah-oh-leh pee-lee-kee-yah. This means ‘you’re welcome’ and is a common response after Mahalo. Just another good phrase to know so you don’t give them a look of confusion when someone says this to you! 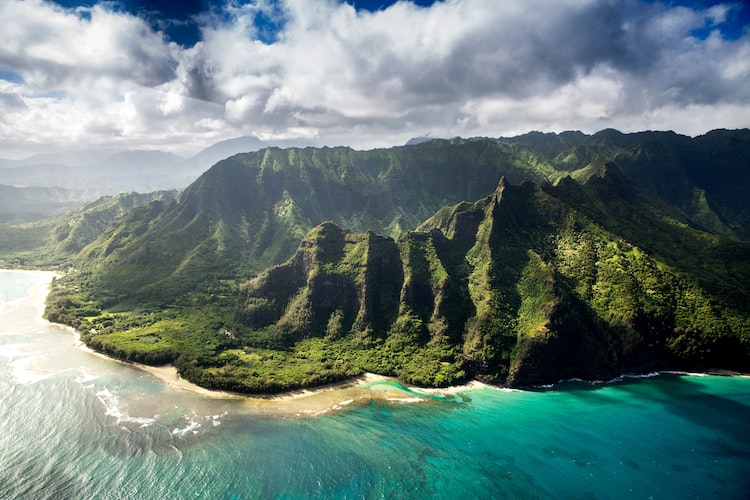 When asking for directions or looking where to go, you will often be given the answer using Hawaiian words. It’s important to know these so you don’t end up walking into the wrong restroom or inland when you need to be going the other way.

Mauka means towards the mountain. As Hawaii is made of volcanoes, the mountains are all the center of the island, so you could also translate this and “inland”. The opposite of this is makai, meaning towards the ocean. The islands are all relatively small, so you should be able to figure out the difference of these from wherever you are. You’ll get extra points if you ask someone if something is mauka or makai, too! So, practice up on these Hawaiian words to both understand and be understood.

Just as important as the previous two Hawaiian words are Wahine and Kane. Meaning woman and man, you will most often see these on bathroom doors. Remember, both woman and wahine start with the letter ‘W’. That should be good enough to keep you from any embarrassing moments. 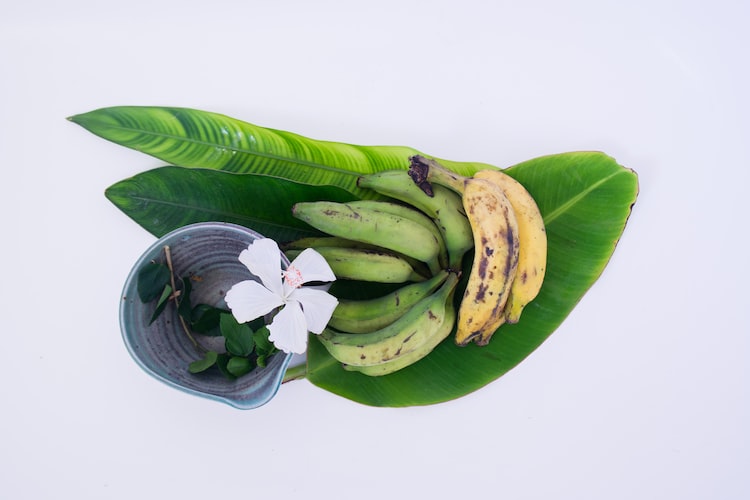 When eating out as a family, you might be perusing the establishment for the children’s menu. But, of course, there will be specific Hawaiian words for that as well! Keiki means child or children. So, the Keiki menu will have smaller portions and smaller prices for the little ones tagging along. More Hawaiian words you may see on a menu or posted on a board outside a restaurant is Pau hana. These roughly translates to the end of the workday, also known as happy hour at restaurants. Look for pau hana if you’re looking for a deal on appetizers, known as pupu, or drinks.

Ohana means family, and if you’ve ever seen Lilo and Stitch you would remember that. You may see this around town as well if a restaurant advertises “Ohana Style”. You can expect to eat family style with multiple dishes placed on your table that you then serve yourself from. It’s knowing the little intricacies of Hawaiian words like this that will give you a leg up when exploring the islands.

The last of our Hawaiian words you will use around food is ono. It means two different things: fish and delicious. Yes, you could have ono ono, in which you’re probably eating some spectacular seafood. But, if you’d like to compliment the chef, say the dish is ono. It will be extra special to him seeing you have called it delicious in the island’s native tongue.

The People You Meet 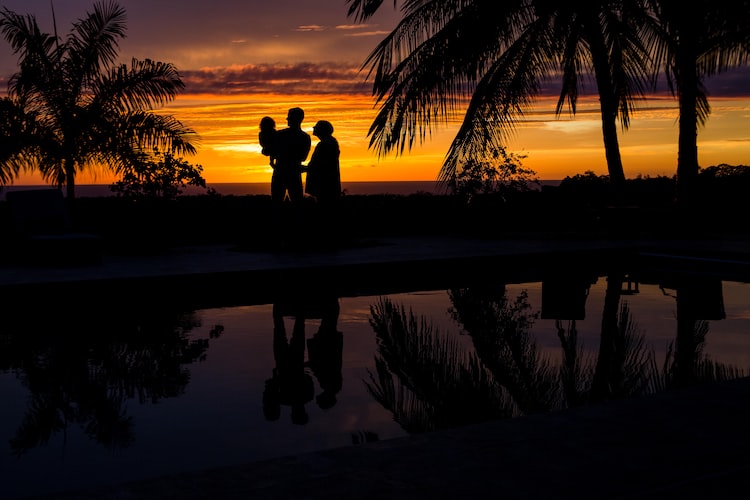 At some point, you’re bound to hear people being called by Hawaiian words. First off, don’t be confused if you hear the little ones calling everyone Auntie and Uncle. The whole island is ohana, so kids often call any elders by auntie and uncle for simplicity’s sake.

Next up, you may hear someone being called Kamaʻāina. This translates to a child of the island. So, it obviously includes Hawaiian natives, but it will also be shared when someone has lived on the island long enough. If at any point you’re referred to as a Kamaʻāina, you know you are truly a part of Ohana. Don’t try and get the Kamaʻāina discount unless you are a true islander, though. If you’re wondering if someone’s family has been around the islands for generations, you could use this next set of Hawaiian words: Kanaka maoli. This refers to someone who is of full Hawaiian descent.

The one word you will hopefully not be called is Haole. While it can be derogatory, it is not always. But, it means foreigner, or more broadly, white people. So, if you find yourself buying fresh aloe after toasting yourself too much on the beach, you might have a joke thrown your way about being haole. But, most times, this is one of the more innocent of the Hawaiian words you may be called. Remember that you’re learning all of these Hawaiian words in the first place to embrace their culture and not stick out too much.

Signs & Symbols You Should Know 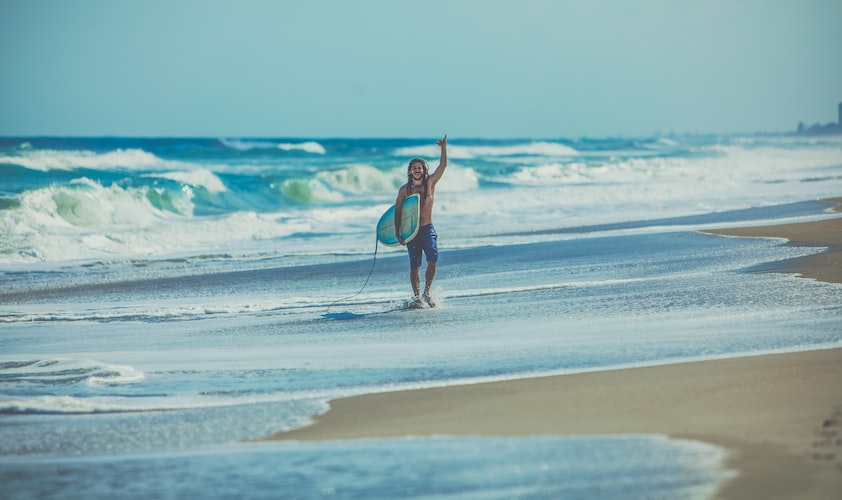 One of the first Hawaiian words you will see around is kapu. It means keep out or forbidden. You will often see this on sacred or historical signs, or simply in an area of an establishment, they don’t want the general public. Take note to steer clear of anything labeled kapu out of respect for the locals.

You’ve probably seen it before, but the next Hawaiian word on our list is much more likely to be seen than heard. Shaka is the hand gesture made by extending your thumb and pinky finger out while keeping the others tucked. This gesture is similar to aloha, bringing a feeling of ohana to anyone who shares in it. It can mean friendship, understanding, and solidarity, and is often seen between drivers, especially those expressing gratitude. So, if you find yourself being let in to merge or go first at a stop sign, throw up a shaka in appreciation.

There are not many Hawaiian words that you should stay away from, but honu is definitely one of them. While they are absolutely stunning if you see one, honu is a green sea turtle. They are an endangered species and are a rare sight. Touching or interacting with the honu can result in a large fine, which no one wants. So, respect that touching the honu is kapu. (See how I put two Hawaiian words to use there?) 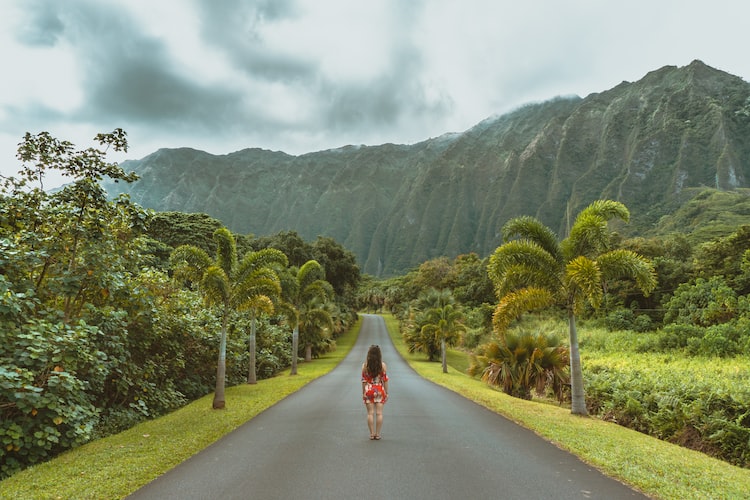 If you find yourself at your first lu’au, or Hawaiian feast, you’re in for a treat. There may be quite a bit of food and drinks there, so we have some Hawaiian words just in case you make a few friends or spill your drink. First off, if someone yells “hui” in your directions, it’s akin to saying “hey you”. So, respond appropriately if you think they’re asking for your attention! Adding on to that, “a hui hou” means ‘until next time’ and will often be said at the end of a night.

Next up is e kala mai, which means excuse me. If you find yourself bumping shoulders with someone unexpectedly, throw these Hawaiian words their way. It will go far in establishing an ohana spirit between you two.

If you’ve made a friend or two over the course of the night, you may want to encourage them. If they get up to do a lu’au, say “a ‘o ia”, pronounced ah-oy-yah! These means something similar to ‘there you go’, or ‘there you have it’. This could also be stated when someone stands up for the first time while learning to surf. Another uplifting of the Hawaiian words is pono. Pono is a catch-all for good and proper things. It can be defined as righteous, so it will often be remarked when you are choosing to do the right thing. If you pick up some trash on the beach or help someone out, it will often be called pono. If someone says malama pono as you’re departing, it means to take care of yourself.

Hopefully, these Hawaiian words will help you navigate your first lu’au or at least give you a little confidence on the islands.

While you’re soaking up the sun in Molokai or enjoying the slow pace of life in Kauai, make sure to try a malasada. These Portuguese donuts are a spectacular snack that is often found in the streets. You’ll also notice that poi, or crushed taro root, will make it into quite a few of your dishes while you’re eating around. Finally, if you’re asked if you want a room with a lanai, the answer is yes. That’s the Hawaiian word for a balcony or veranda. You might notice these Hawaiian words keep on coming, and they do. There will still be more than you will hear on your next trip out there but start with this quick list to get your feet under you. So, mahalo for reading this, and aloha!

Related Article: Basic Italian Phrases to Help You Thrive While in Italy