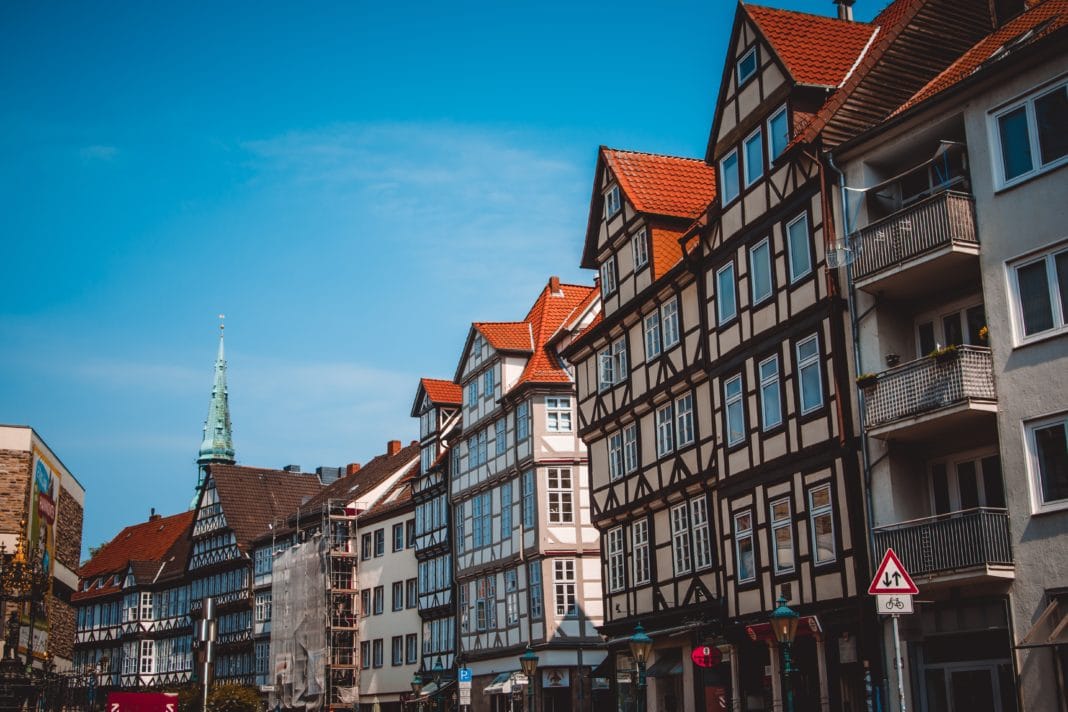 Deutschland is an incredible place to visit, with endless pieces of culture to discover.

Germany is a beautiful European nation, and certainly a worthy travel destination. Visiting here is sure to be a highlight of your Europe trip, as the food, beer, and culture alone are quite captivating. Whether you stopped in here during Oktoberfest or while you were on a summer backpacking adventure, there are likely pieces of this country you hold dear. If you have yet to make a memory here, certainly take the time to do so. For those who do not know much about this nation, go ahead and start learning now. There are many facts about Germany that most people would never know. If you need a good place to start, check out these top 15 fun facts about Germany.

Check out these 15 fun facts about Germany.

1. Berlin is the capital of Germany, and the largest city in the country.

Here in Germany, its capital is more than just a political icon. Germany’s Berlin holds extensive historical value, dating back to the 13th century. Here you can visit iconic architectural monuments such as the Reichstag building or Brandenburg Gate. The numerous cultural districts within Berlin keep you thoroughly entertained and educated about Germany’s past. Check out the vibrant nightlife throughout the city as well, with endless clubs and bars.

2. College education is free for everyone in Germany.

Are you regretting those thousands of dollars in student loans? Typically Western higher education comes with a hefty price tag. If you are hesitant about pursuing a degree because of the sheer cost, consider what Germany has to offer. You can’t get much better than free, and that is what Germany promises. Since 2014, everyone, and we mean everyone, can get a free university education in Germany. This even includes international undergraduates.

3. Germany is a land of many, many castles. 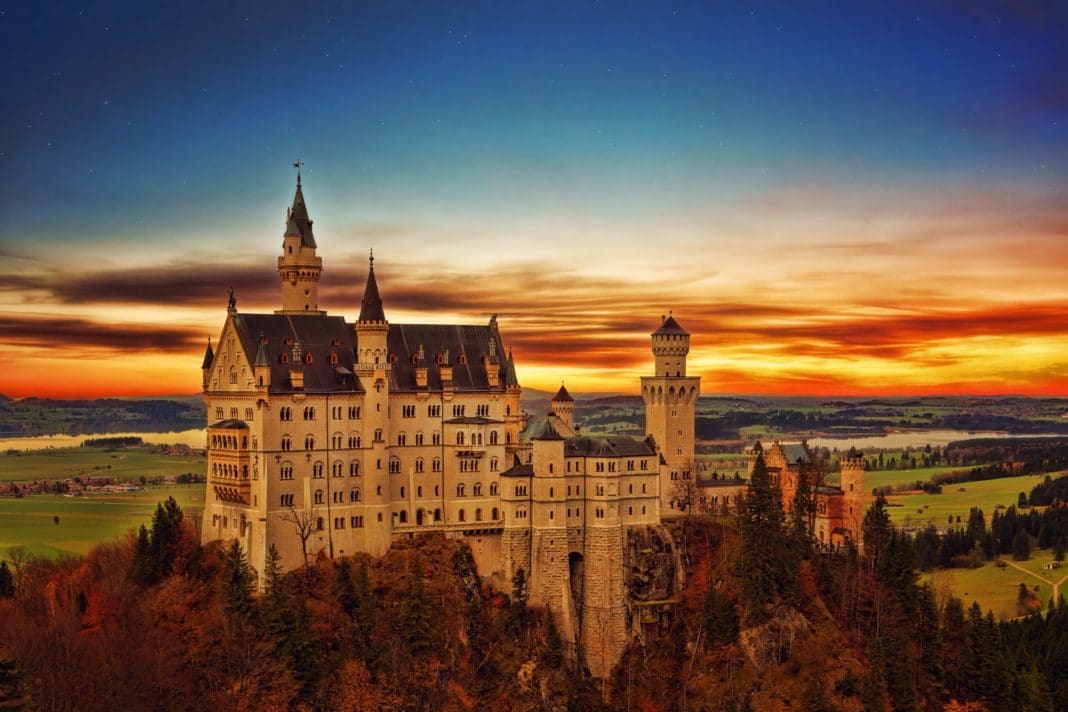 There is certainly no shortage of castles within the nation of Germany. With over 20,000 ancient edifices, the country nearly overflows with historical goodness. During your stay, you can even book a room overnight in a castle for the ultimate experience. For a spectacular site, consider the highly revered Neuschwanstein Castle, a top contender among Germany’s attractions.

4. Give a thumbs up in Germany if you want one beer.

It is quite preposterous to visit Germany without at least trying the beer. Even if you don’t prefer it, always take the chance to drink some of the best beer in the world. Besides, with over 1,500 beers to choose from, there is bound to be at least one you like. However, be extra careful where you point. In Germany, if you want just one beer, always give a thumbs up. If you hold up your first finger, this actually means you want two beers. We know, it’s confusing.

Europe’s rail system is quite extensive, and consequentially many of its train stations are very advanced. The Berlin Central Train Station happens to be the largest in the world. Check out the beautiful architecture and lively station shoppes as you wait to catch a ride.

6. Germany is one of the most densely populated countries in the world.

When it comes to living conditions, it is a bit of a tight squeeze. With 230 persons per square kilometer, Germany really packs it in. Perhaps not one of the fun facts about Germany for the locals, it is a reality that its population density is high. If you are considering making Germany your home, then this is a good thing to keep in mind.

If you consider yourself an avid bookworm, then Germany needs to be your first stop in Europe. As an influential artistic mecca, Germany publishes some of the highest numbers of books compared to the rest of the world. Pay a visit to the nation’s extensive collection of libraries during your time here.

If you do anything in Europe, you need to try the bread. Throughout the continent you will find exceptional, homemade types of bread. This is the mouth-watering, perfect density kind of bread. Germany absolutely contributes to Europe’s quality bread game. With over 300 kinds of bread in Germany alone, you have an endless selection. Darker breads are the common choice among German cuisine. Try the esteemed pumpernickel bread, which is loved around the world. German breads often include sourdough and rye within the recipe.

9. Oktoberfest is the largest Beer Festival in the world. 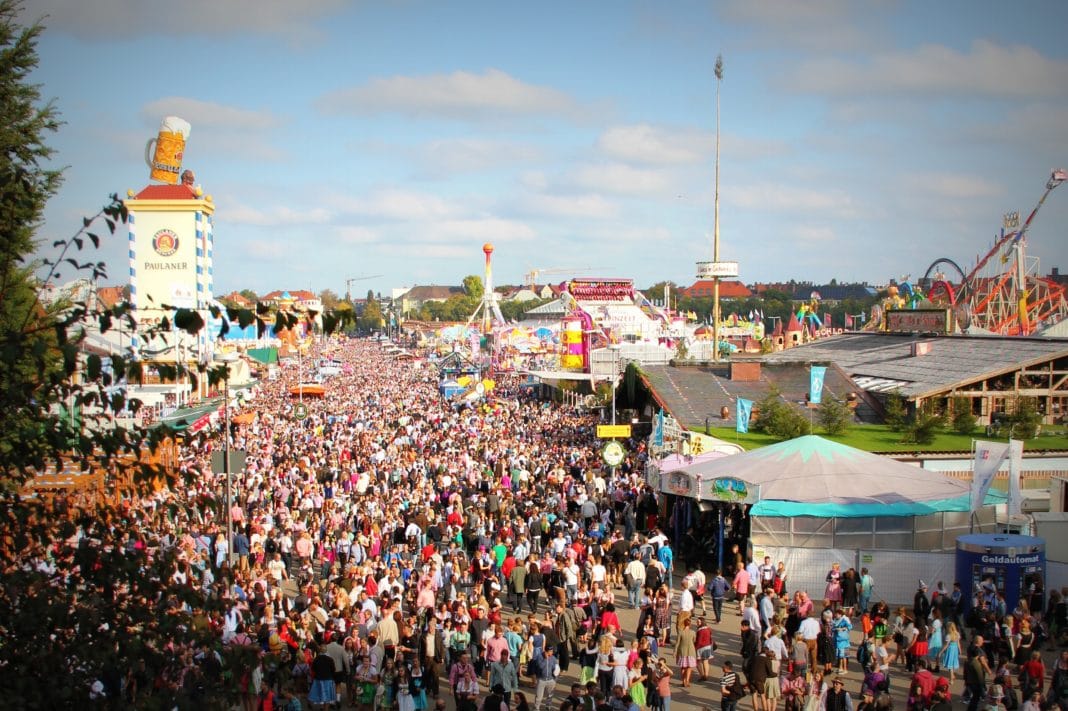 Nearly everyone has heard of this renowned annual festival. Oktoberfest is celebrated around the world, all because of Germany. Of course, the biggest party of all is actually in Germany itself. This folk festival is 16 to 18 days long, with endless entertainment. Wander from tent to tent as you enjoy the star of the show: the beer. If you can, make the trek here during October for some excellent beer and exciting energy.

10. One-third of the country of Germany remains covered in forests and woodland.

For those looking for a great outdoor experience, you are in luck if you visit Germany. As one of the most densely wooded countries in Europe, Germany carefully preserves its public lands. These ancient forests are both mystical and scenic. Imagine being in a real life fairy tale. The Black Forest region is perhaps the most well known portion of Germany’s woodland. This green laden mountainous region in fact serves as the setting for the Brothers Grim Fairy Tales. Venture to the summit of any of these peaks for a spectacular view of some of Germany’s best landscape. Within the Black Forest, you can find miles and miles of vineyards and quaint German towns.

11. Berlin has more bridges than Venice. 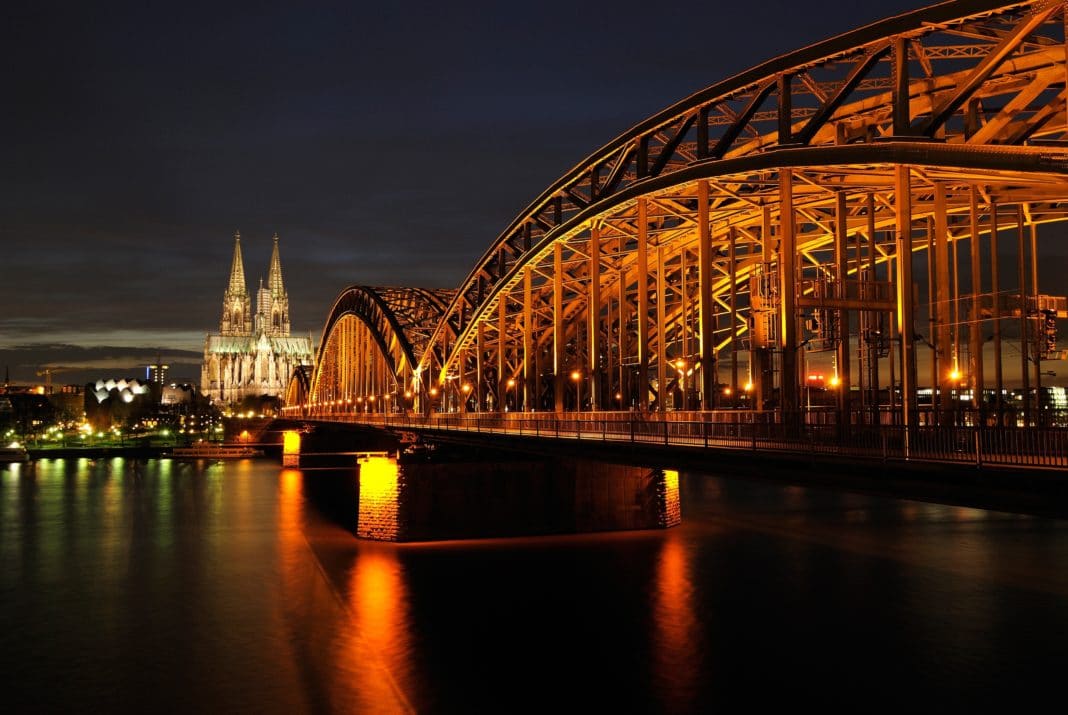 Venice, the city of canals and gondolas, obviously has quite an array of bridges. Otherwise, it would be nearly impossible to navigate the city. If you think Venice has a lot of bridges, did you know that Berlin has even more? Certainly counting as one of the many fun facts about Germany, its capital city’s extensive bridge assortment is a quirky touch. Bridges are also an excellent photo op if you are looking.

12. Germany is often called “the land of poets and thinkers.”

A vast assortment of intellectual influence came from Germany over the centuries. From here came famed composers such as Händel, Schumann, and Mendelssohn and philosophers like de Kant, Hegel, Schopenhauer, Nietzsche, and Heidegger. Their individual and impactful legacies certainly made a profound mark on the world we know today. As you trod through the land of poets and thinkers, perhaps consider your own personal endeavors and achievements. You never know what thoughts you might spark while here.

13. There are the most cultural activities and venues in Germany than anywhere else in the world.

Germany knows what it is about when it comes to the arts. The country boasts over 8,800 libraries, 6,200 museums, and 820 theaters. As the home country of historical prodigies such as Johann Bach, Ludwig van Beethoven and Richard Wagner, this really is not surprising. Enjoy the classical side of life as you travel to various art galleries and exhibition halls throughout the nation.

14. The very first book ever published was published in Germany.

Did you know that Germany was the first country to ever publish a book? This is, in fact, true, and quite a peculiar thought. Imagine a world without book publishing. This was reality for everyone until 1455 when Johannes Gutenberg produced The Gutenberg Bible. Written in Latin, this single publishing altered the course of history. Today Germany continues to publish nearly 100,000 books each year, effectively living up to its literary legacy.

15. Germany has the most zoos in the world.

When you think of Germany, you likely do not think about going to the zoo. However, this country actually has the most zoos in the world. This is one of the quirkiest fun facts about Germany, and great for the whole family. With over 400 establishments, you have ample opportunity to peek at some of the rarest and most exotic animals on the planet. Some top zoo choices include the Berlin Zoological Garden, Nuremberg Zoo, Frankfurt Zoological Garden, and the Tierpark Hagenbeck. There are also a number of wildlife sanctuaries and aquariums to visit during your time here.

Do you have fun facts about Germany of your own?

How many of these fun facts about Germany did you already know? As you can see, there is much to discover here. From the overabundance of quality beer to the endless bridges and castles, Germany is captivating to both the eyes and palate. Visit Germany for yourself to witness these fun facts in real life, as well as to learn a few more.