Suit up for the Marvel Universe coming to Disney!

Good news for Marvel and Disney fans alike! If you ever wanted to relax in Avengers-style, now you have the perfect place to hang your Iron Man armor. At this year’s D23 Expo in Anaheim, CA, a new Marvel-themed hotel was announced and it looks incredible. Hotel New York at Disneyland Paris will undergo a metamorphosis and emerge as Hotel New York – The Art of Marvel.

Currently, the four-star hotel has 565 rooms and contains nods to the culture of NYC. Its art-deco interior and city skyline exterior will become the sleek setting for a new Stark Tower. Soon the hotel will redecorate with costumes, props, and other Marvel artwork. These pop-culture relics will draw from the company’s long history of movies, TV and, of course, comic books. As the first-ever Marvel hotel, there should be some fascinating objects on display from all your favorite MCU movies.

The Art of Marvel is just the latest of many heroic additions and updates at Disney properties. Recently the Tower of Terror transformed into Guardians of the Galaxy’s Mission: BREAKOUT! But the real game-changer comes in the form of a little place called MARVEL LAND. That’s right, Disney California Adventure is adding a new Marvel park section with one announced Avengers ride. If all that wasn’t enough to whet your superhero nerd appetite, Disney is also planning a Guardians of the Galaxy roller coaster at Epcot.

This news comes on the heels of another Disney hotel reveal: the immersive Star Wars Hotel. With such big news coming from Disney’s D23 Expo, the parks will soon have attractions for any fan. After years of planning, it’s great to finally see the out-of-this-world things Disney is doing with our favorite newly acquired super-franchises. And with this announcement, all Marvel fans need to start packing their bags for Paris. 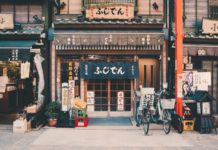 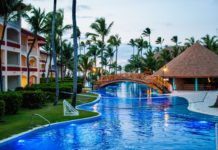 6 of the Best Honeymoon Resorts in the World 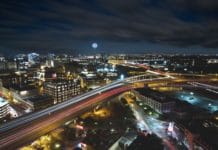