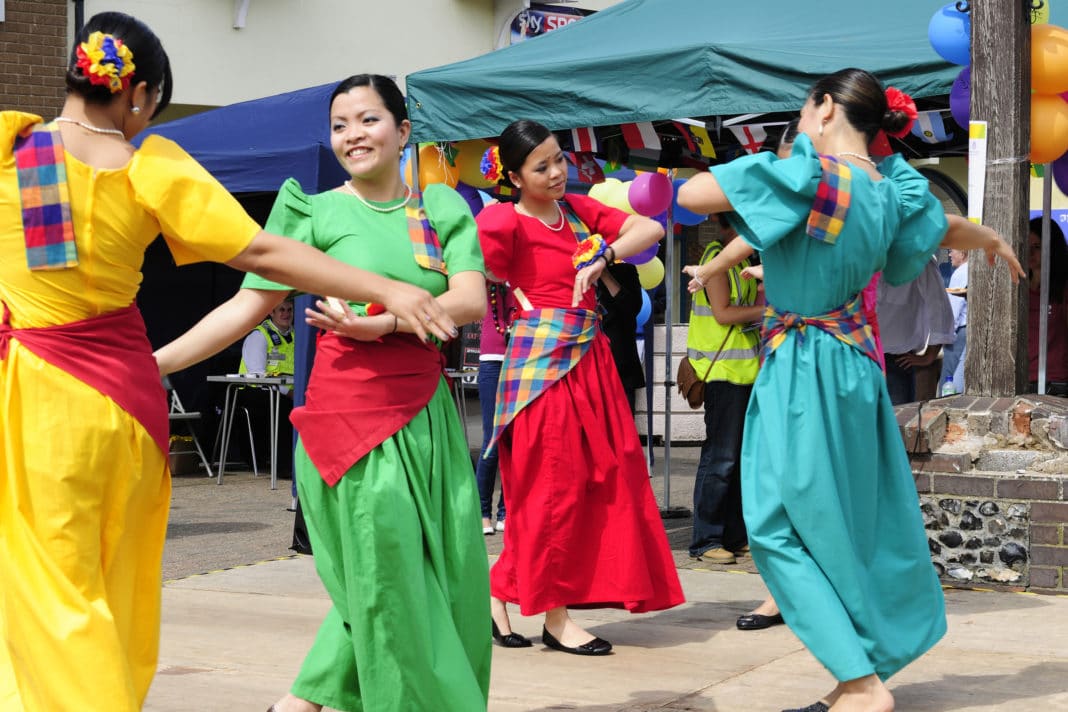 Have you ever wanted to learn more about Filipino culture?

Well now’s your chance. The Philippines is one of the most affordable bucket list travel destinations. Whether you’re planning a trip to the Philippines or just want to broaden your scope of knowledge, you’ve come to the right place. A southeast Asian country in the Pacific, the Philippines are composed encompass more than 7,000 islands. As a result, Filippino culture varies widely. In this article, we provide a brief overview of Filipino history, customs and traditions, celebrations, food, and more. Are you ready? Let’s go. 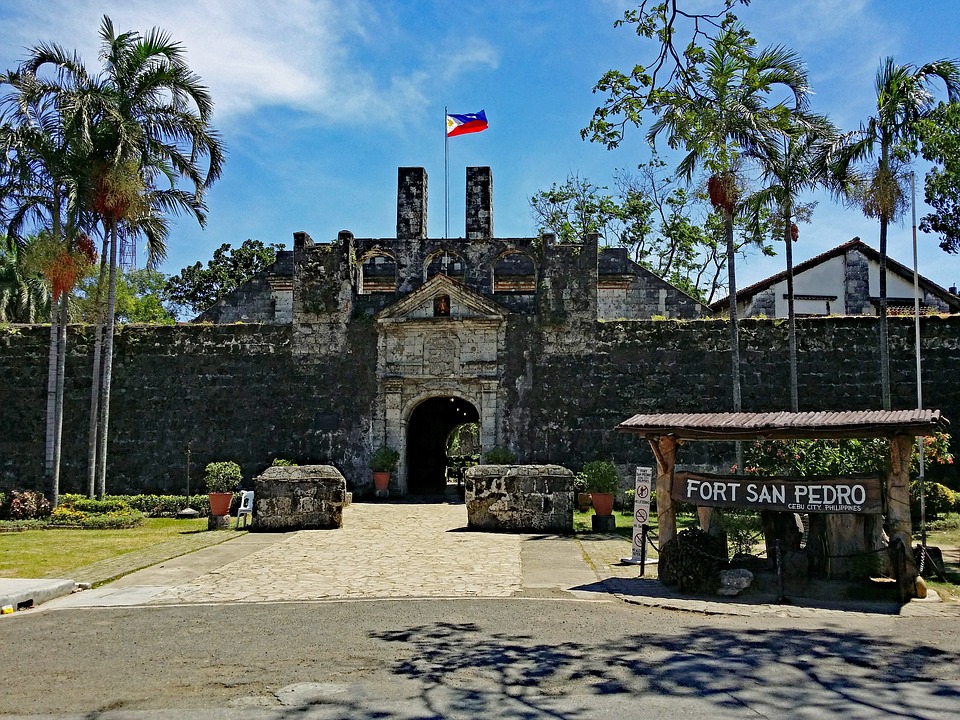 Since the dawn of human history, people have lived in the Philippines. In times past, warring tribes occupied the island, each governed by their own king and queen. In 1521, the Spanish explorer Ferdinand Magellan came upon the islands and claimed them for Spain. Thus began the period of colonization in 1565. In 1571, Manila was established as the capital of the Spanish East Indies and Spanish rule brought Catholicism to the area.

The founding of missionary churches, schools, hospitals, and universities disrupted the Buddhist and Islamic faiths. Residents had to protect themselves from not only internal revolts but also attacks from the Portuguese and Dutch. During the 19th century, free trade brought greater economic strength to the nation.

Today, Filipino culture blends Filipino and Spanish Catholic traditions, with influences from America and Asia too. Filipino people are very warm, family-oriented, and often religious. Art, fashion, music, and food are very important in society. This is reflected in the sheer amount of annual festivals packed into the calendar year. There is always something to celebrate. Costumes and rituals reflect the country’s pre-Catholic roots while the religious symbolism shows its influence today. 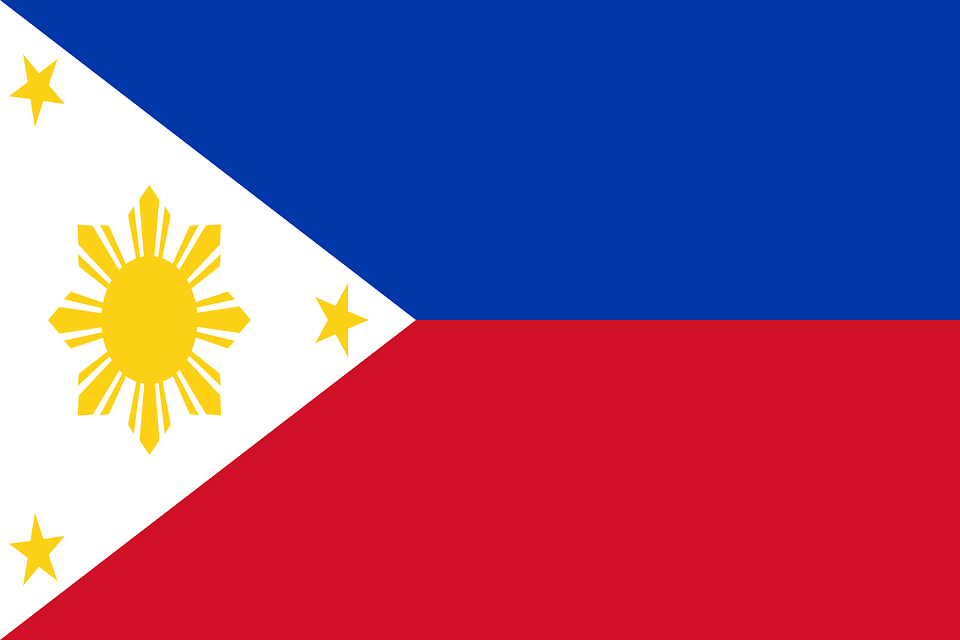 According to Filipino sociologist and journalist Professor Randolf S. David, Filipinos do not consciously feel as if they are a part of a nation. A significant reason for this is the mixed heritage that pervades the national psyche. Instead of looking at ethnicity, the Filipino people enjoy shared values such as trust in divine providence, a hard work ethic, and commitment to family. 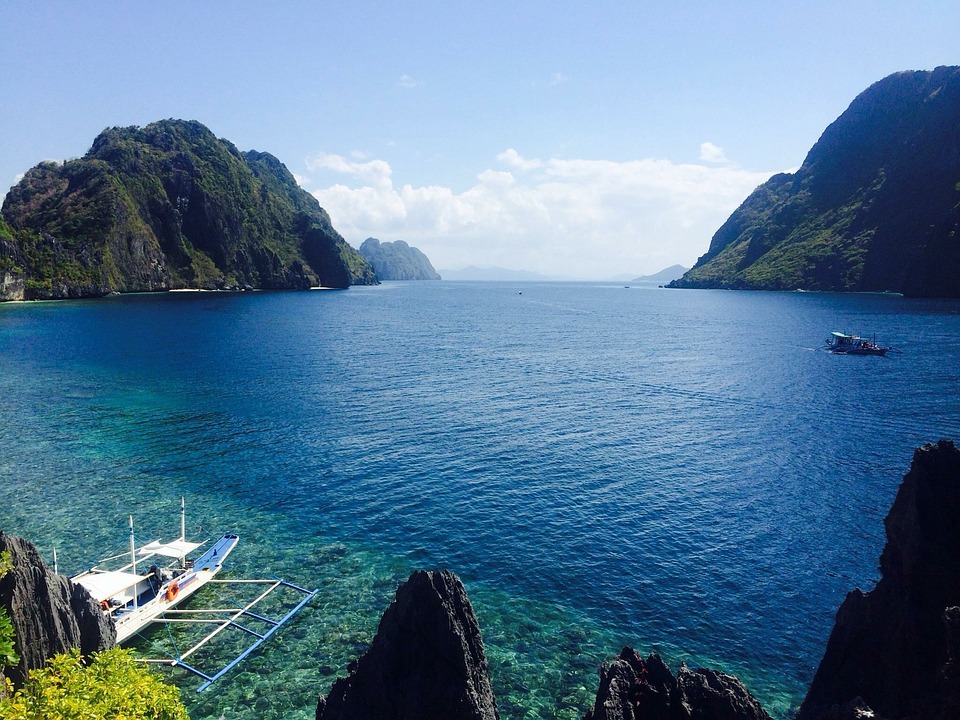 Since there’s clearly too much history to encapsulate in a short piece, we’re going to provide you with a brief overview. After all, knowing a little bit about the Philippines’ history is critical to understanding Filipino culture.

When trying to understand Filipino culture, the language is a tricky barrier. Why? There are more than 170 languages spoken across the islands and only two of them are official languages (Filipino and English). You’ll hear the word ‘Taglish’ a lot during your travels. As the name implies, it combines Tagalog, one of the most commonly spoken languages, with English. Both Tagalog and English are commonly used for business practices and literature. Tagalog has the most Filipino literature of all the languages. 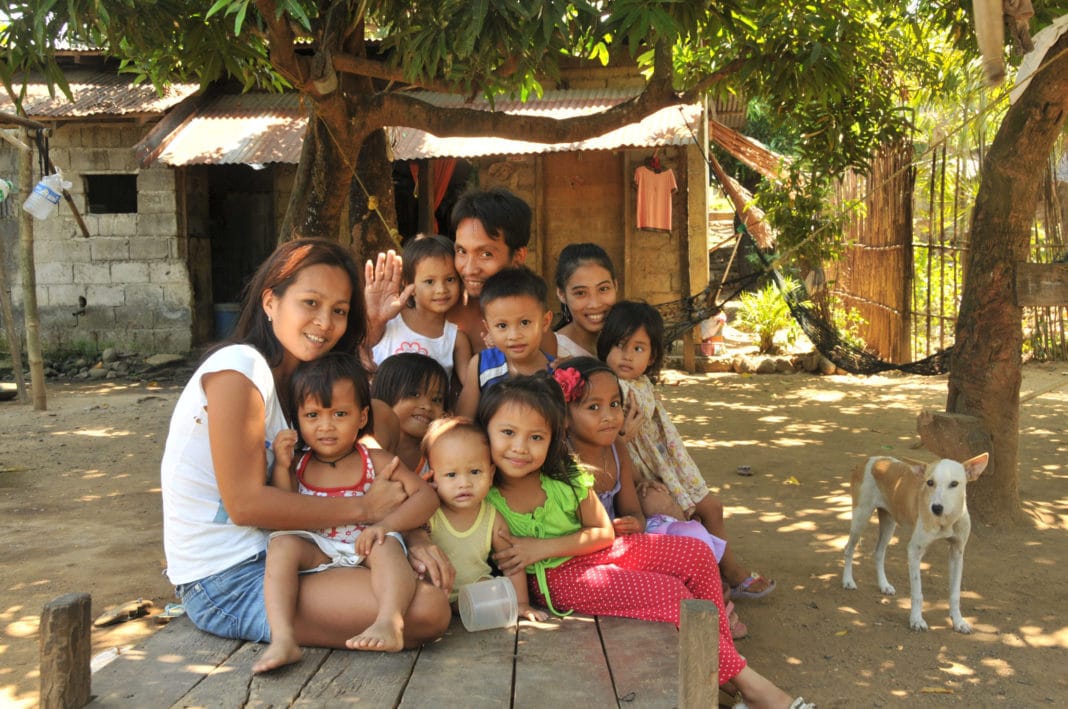 As we mentioned earlier, the family is extremely important to Filipino culture. Elders are revered in society and children are taught from a young age to treat others with respect. There is even a special greeting, ‘mano.’ to show veneration. Mano is shown by taking the hand of an elderly person and holding it to your forehead as if to receive a blessing.

In the Philippines, it’s common for extended families to share one roof. Even distant family members have the title of cousin. Since children have several sets of godparents, they always have a strong support system. More often than not, several houses are grouped on the same plot of land so the family can reside close to one another or in the same neighborhood. Such close-knit relationships often mean that people will marry close family friends or acquaintances. Whether or not this is the case, a tradition called ‘pamanhikan’ occurs.

In this tradition, the suitor’s parents visit the bride’s family to ask for her hand in marriage. The people take marriage and family commitments seriously, it is not uncommon for an engagement to last for several years. During this time, the couples work, save up for a home, and sometimes help pay for their siblings’ education. Friends and family help to sponsor the marriage, which reduces stress on the bride and groom before their big day. 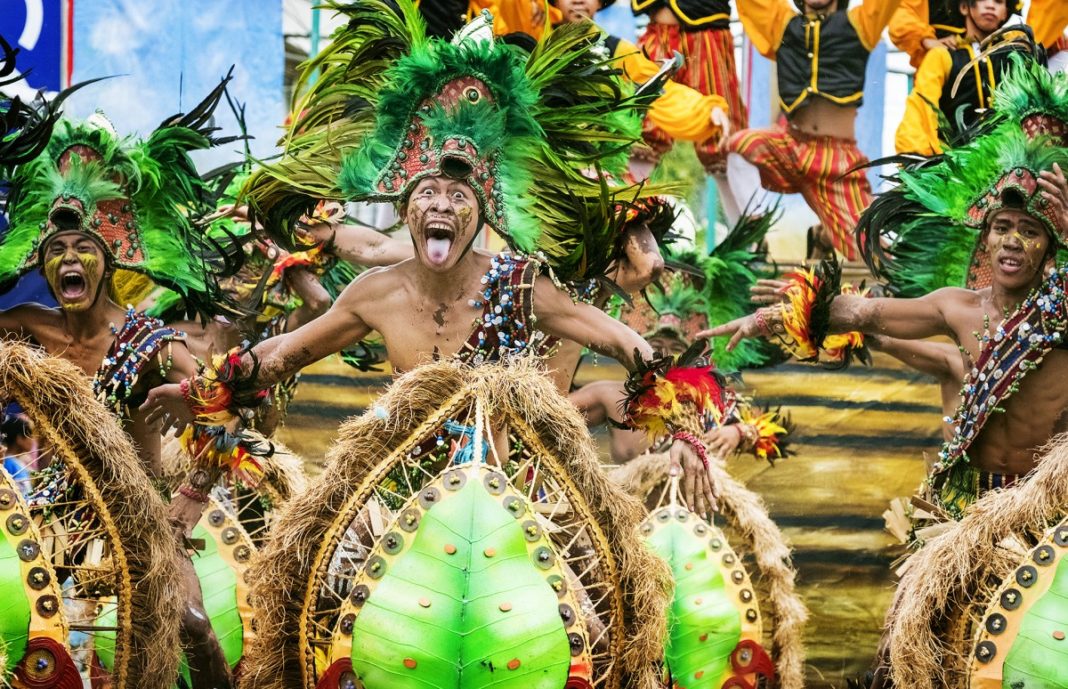 One of the best ways to learn about Filipino culture is through observing their national holidays and festivals. If you’re planning on visiting the Philippines, make sure to stop by the Filipino Travel Center. Here, you will find a calendar listing all of the major festivals. Did you know that every municipality has a patron saint? The days celebration calls for extravagant preparations. Residents prepare for the event months in advance. On the night of the celebration, a large feast is prepared and people go from one house to the next sampling dishes. Expect to see locals dressed up in brightly colored costumes adorned with masks and headdresses. To top off the festivities, fireworks are launched after dark.

When you’re traveling to a foreign country, it’s important to know the basic signs of etiquette. The last thing you would want to do is offend your host. Much of the etiquette in the Philippines stems from trying to avoid embarrassment. For example, locals will often agree to an action even if they do not want to or intend to do it. While this makes sense to Filipinos, it’s often confusing to Westerners. To help you understand their etiquette and avoid social faux pas, we’ve gathered a few tips for you.

You’ll find that the food varies widely between location and ethnicity. Generally speaking, it’s spicy but not too hot. However, there is one tried and true staple you can find just about anywhere – plain steamed rice. Fish is eaten on the daily and is either salted or fried. Chicken and pork are popular too. You’ll also find that much of the food is served cold and eaten with plenty of fruit. Dessert lovers will love the coconut milk and plentiful fruit salads. Here are some tips on etiquette when eating: 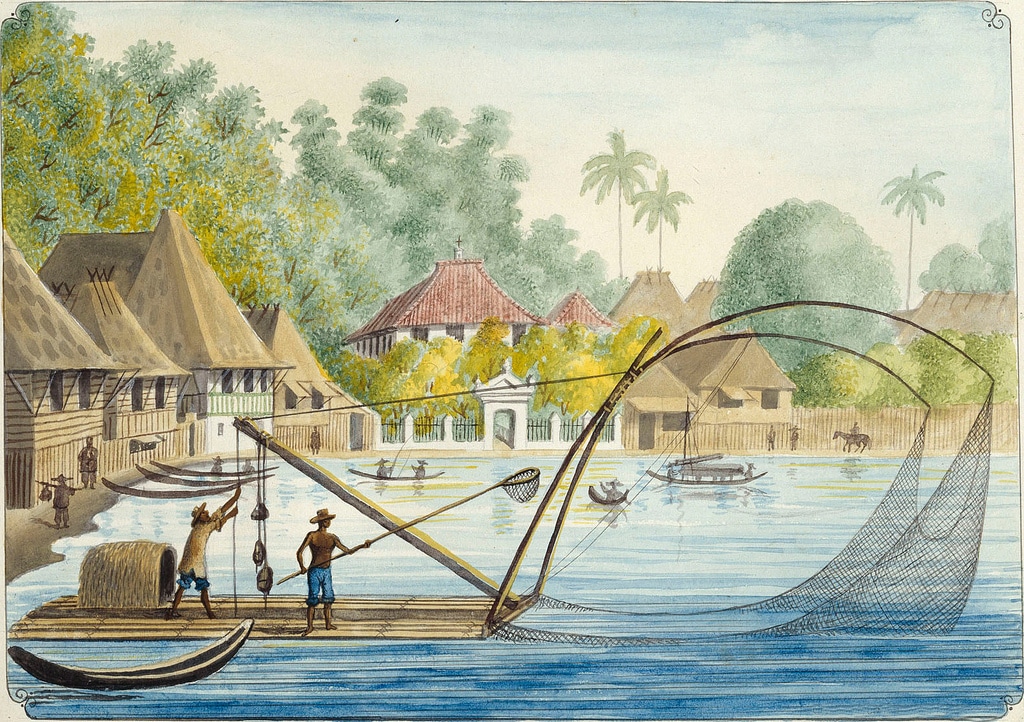 The historical record shows that a wealth of Filipino art dates all the way back to the Neolithic period (6185 B.C. to 4400 B.C.). During this time, local communities established arts that went beyond mere crafts. Stone weapons and jewelry began to have decorative elements, denoting meaning. Items such as nose flutes. Jews’ harps, gongs, drums, and carved images have been discovered in the islands.

Today, the indigenous arts’ movement has revived in both street festivals and professional theater productions. For example, the Ballet Philippines, Bayanihan, and National Folk Dance Company all promote local culture. Since Filipino independence in 1946, there has been a resurgence in writing in Tagalog as well as a number of internationally acclaimed films produced.

Book Your Trip to the Philippines and Learn About Filipino Culture

Alright, now that you know a bit about the culture. It’s time to book your trip and get packing. This tropical island nation offers a great deal of history, culture, and diversity to the curious traveler. The land itself is as varied as the people, ranging from volcanic islands to forests, and sandy beaches. You’ll find the people warm, hospitable, and rightly proud of their home.

Whether you are traveling for business or leisure, the Philippines is a beautiful and rich country well worth the visit. We highly recommend diving into Filipino culture to get the most out of your stay. Have you visited the Philippines before? Perhaps you have some tips on where to travel or questions for us. Feel free to leave us a message below. We will be sure to get back with your shortly.