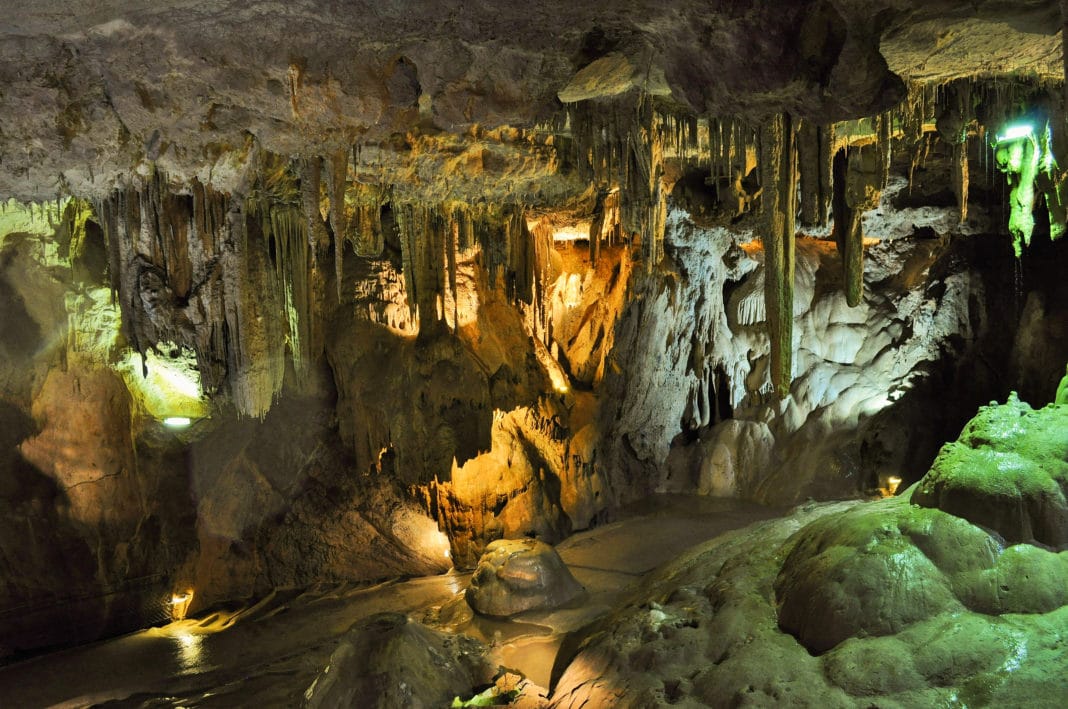 On the outskirts of San Antonio, Bracken Cave sits as a capital in the heart of bat country. Millions and millions of bats live deep inside this cave. So many, in fact, that scientists believe it may be the largest colony of bats in the entire world. Mostly populated by Mexican Free-tailed bats, the region is home to millions of these little visitors while migrating. And for those brave enough, Bat Conservation International coordinates tours of this bat haven.

The natural extravaganza occurs nightly, just around sundown. Experts at Bat Conservation International say it’s an extremely long show, at that. At first, the bats begin to stir and a slow procession of early risers leave the shelter. Eventually, the bats come pouring out of the cave for as long as three to four hours. The masses form in the sky, shifting and changing like a living cloud. Experts estimate that around 30 million bats live in Bracken Cave and can be observed on any given night.

Many visitors are wary of the creatures because of common misconceptions. Although in reality, bats actively avoid humans and cannot carry rabies. These natural pest controllers emerge nightly to hunt for insects like moths and mosquitos and pollinate crops. Locals appreciate their bat neighbors because they go a long way toward controlling the mosquito population. In fact, all of the cave’s residents combined can eat nearly 140 tons of insects every night!

While Bracken Cave is the center of activity in Texas and the West, it’s only one stop in a region that loves their bats. An hour north, in Austin, the Congress Avenue Bridge is home to another large colony of Mexican Free-tails. Locals and tourists alike gather nightly to watch as the bats emerge and dance through the night sky, right in the heart of the city. Also, Carlsbad Caverns in New Mexico boasts not only a theater to watch bat emergence, but also one of the largest caverns in America.

The best time to go watch the furry acrobats is in the summer, usually July and August. Babies are born in the spring and then millions congregate at places like Bracken Cave. But don’t wait too long if you plan to watch the show, the bats will begin to migrate south after the summer is over!