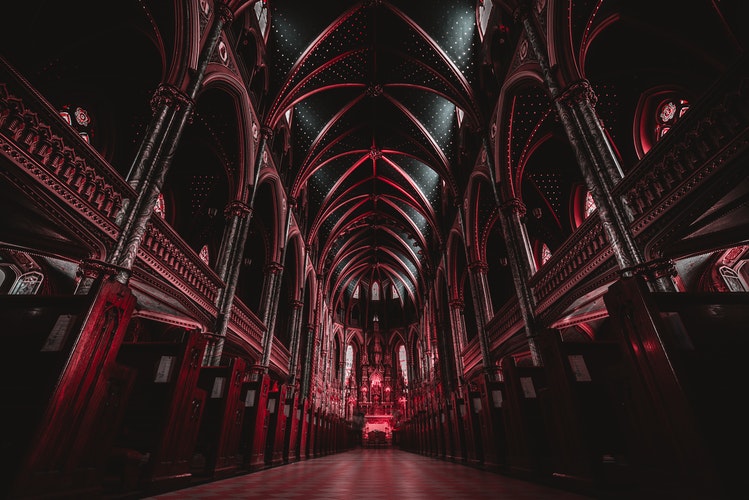 Finding things to do in Ottawa is quite easy, as this capital city is brimming with life.

With one of the highest standards of living in Canada, Ottawa is busting at the seams with cultural activities, unique art, spunky shops, and fantastic food. When all of that is matched against the natural beauty of Southern Ontario and the Ottawa River, you have one spectacular destination. So, while there is no shortage of things to do in Ottawa, we’ve picked out our very favorite for you. From the museums and government buildings to places to shop, it’s all here. So, dive on into this list and pick your must do’s while visiting the Canadian capital.

1. Boat or Skate Along the Rideau Canal

The Rideau Canal is 126 miles long, connecting Ottawa to both Lake Ontario and the Saint Lawrence River. The portion that runs through the city has long been a landmark here. In the summer, it is dotted with boats ready to take you for a sail. In the winter, it turns into the World’s Longest Skate Rink. You can watch boats make their way up through the manually operated loche system, or even take a tour on one to experience it yourself. If you don’t have your sea-legs on you, a stroll or bike ride along the Rideau Canal is well worth it. Regardless of how you experience this site, it is one of the most famous and essential things to do in Ottawa.

2. Peruse Shops at the ByWard Market

Ottawa comes from the Algonquin word otawa, meaning “to trade”. The ByWard Market when you know it’s been around since 1826 and encompasses that Algonquin heritage. Started by Lieutenant Colonel John By, the ByWard Market has been a place of culture, trade, shopping, and mixing since it began. The streets were made extra wide to accommodate pedestrians, booths, and outdoor entertainment. It takes up about a four by four block square near downtown. For the best overview of the market, head to the corner of York and Sussex. Here, a ByWard Market Ambassador will meet you in their bright yellow polo and show you around. The hours for this free tour are Thursday through Sunday at 10 am, 11 am, noon, and 3 pm. You’ll be told all about the history of the place as well as shown the best spots to eat, museums to visit, and shops to explore.

As you walk, you’ll understand how this is one of the largest outdoor markets around. The outdoor vendors are selling 363 days a year, only letting off on Christmas and New Years. Artists and food vendors will be out usually only in the May through October or November season as the weather waxes and wanes. Be sure to check out the Author’s Market as well to see which local Canadian authors are touring their books through the capital city as well. This market is teeming with things to do in Ottawa, so make sure to keep it near the top of your list.

3. Delve in to the Canadian War Museum

There are all kinds of Museums in major cities. Each large city tends to have museums for art, science, and natural history. But, when have you gotten to see a War Museum? The Canadian War Museum is renowned for its humanistic approach and expansive collection when it comes to dealing with war issues and experiences. Since 1880, the Museum has been collecting artifacts from their history, with the current LeBrenton Flats location opening in 2005. Hosting over 500,000 visitors a year, this museum has taken off with its exhibitions and education. It emphasizes the human experience of war with the rare vehicles, artillery, uniforms, medals, and personal memoirs. When that is paired with the 14,000 works in the Beaverbrook Collection of War Art, you can be assured you have a spectacular day awaiting you here.

As far as visiting goes, make sure to plan ahead if this has grabbed your attention for one of the best things to do in Ottawa. Adult admission is seventeen dollars, with tiered pricing going down from there for seniors, students, and kids. There are also some great deals for families if you buy your tickets in a pack. So, if you truly want to understand Canada’s history as well as the parts they’ve played in the world over the past hundreds of years, be sure to make this a priority when making your list of things to do in Ottawa this year.

Every downtown has a few key buildings that define the skyline. Parliament Hill does just that for Ottawa. The stunning gothic style architecture sets the tone for the government to do their work inside this building. However, it is still open for exploring and tours as it is a centerpiece for both the city’s government as well as culture. Free guided tours are offered daily, and you can even go up the Peace Tower to get a 360-degree view of the city. Simply staring at that view might just be one of the best things to do in Ottawa. As you walk around, take note of the hundreds of sculptures, gargoyles, carvings, and other intricacies of the building. Around the grounds themselves, there are many statues of famous Canadians as well.

Parliament Hill is also the host of many fantastic Canadian events. During the summer, every morning you will see the stunningly choreographed changing of the guard. In contrast, the evening is filled with a Sound and Light Show. This performance sets lighting effects and projections to music and words. Both of these events definitely the best free things to do in Ottawa. In addition, Canada Day celebrations take here with fireworks and entertainment. Lastly, the entire hill is covered in lights for the Christmas Celebration. So, whatever time of year you visit, make sure to stop by Parliament Hill at some point for some family-friendly fun.

The best way to get to know a city is to do what the locals do. For Canadians, that is to see a hockey game. The Ottawa Senators have had two runs over the years. The original Ottawa Senators were an NHL team from 1917 until 1934. They were reborn in 1992 and are now part of the Atlantic Division of the Eastern Conference of the National Hockey League. They currently have four division titles to their name. If you’re interested in seeing a game, they are now held at the Canadian Tire Centre. This being said, there are plans for a new arena to open in 2021. Regardless of where they play, you should get your local Ottawan on and see a Senators Game. It is seriously a local favorite when it comes to things to do in Ottawa.

6. Stroll Along in Gatineau Park Just fifteen minutes outside the city lies the essential outdoor Canadian getaway. Over 90 plant and 50 animal species are protected here, including the eastern wolf, Blanding’s turtle, and eighty percent of Quebec’s rare eastern red cedars. There are over fifty lakes throughout the park, as well as an abundance of rivers and wetlands. The abundance of hiking trails here draws visitors year round. On top of that, places to camp are everywhere. But, one of the main draws of Gatineau Park is the Mackenzie King Estate.

This stunning estate belonged to Canada’s 10th and longest-serving prime minister, William Lyon Mackenzie King. After cultivating it to ultimate protection, King left his estate to all Canadians to enjoy. Today, you can enjoy the over 550 acres of wooded walkways and paths. You’ll feel drawn back into the early 1900s here. The tranquility that exudes from this places makes it easily a favorite on our list of things to do in Ottawa. The gardens, ruins, and trails are always open. For the museums and cottages on site, check ahead of time to make sure they’re open. If you’re visiting with a special someone, take advantage of the romantic Mackenzie King Tearoom where you can treat yourself to a spectacular meal overlooking the gardens. Wherever you wander here, you’ll see why this is a treasured space in every Ottawan heart.

7. Experience Seafood at The Whalesbone

For a restaurant that understands the intricacies of seafood, look no further than Whalesbone. The first location opened in 2005 and it’s been an unreal ride sense. Executive chef Michael Radford has been curating the menu to only bring you the best of the best. Everything they offer is part of the Oceanwise sustainable seafood program, so you can have confidence in the quality and consciousness of your fish.

With a few different locations in the city, you can choose which vibe to go for. The Elgin Street location was added in 2016 and has a little more elbow room than the original Bank Street location. But if you want the thirty seat Oyster House feel, this is where to go. The oysters will be more perfectly prepared than anything you have experienced before. The unreal reviews of this place are what put it on our list of things to do in Ottawa. You simply have to experience the masterpieces that come out of this kitchen.

Things to do in Ottawa range from museums and tours to slurping some of the nation’s best oysters.

Whichever item on this list caught your eye, be sure to jot it down. These are just seven of the essential things to do in Ottawa, with an abundance of other adventures awaiting you. Make sure to dress for the weather, as much of the best things are outside. Whether it’s touring the gardens at the Mackenzie King Estate or strolling the outdoor vendors at the ByWay Market, you don’t want to cut your time here short. So, get ready for a spectacular city to draw you in, because these best things to do in Ottawa will rock your world.

Related Article: Things to Do In Montreal: Hit Up All the City’s Best Spots